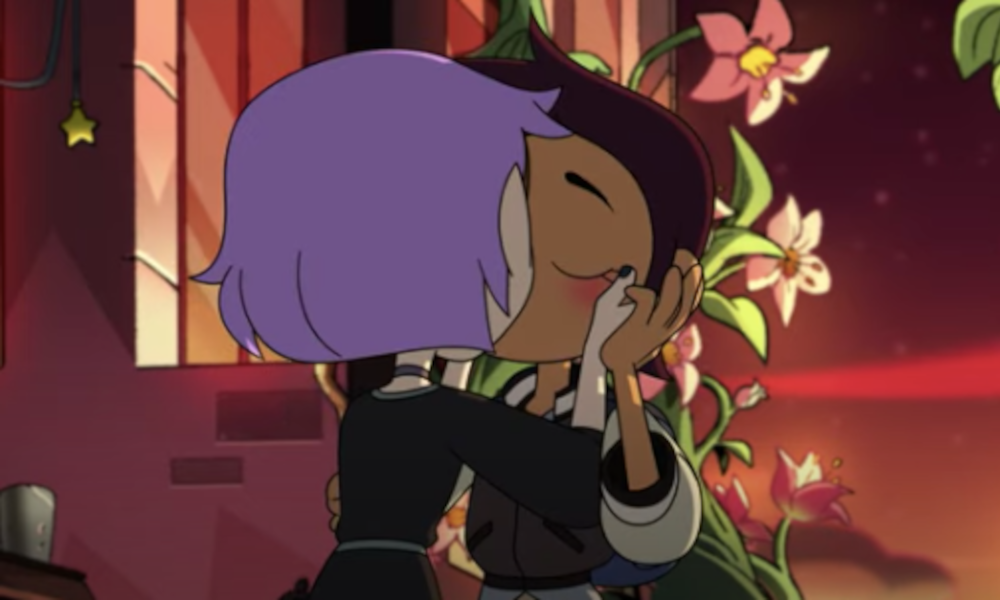 We’ve been rooting for Luz and Amity since The Owl House first premiered on Disney Channel in 2020. After nearly two seasons, the adorable couple finally shared their first kiss.

The Owl House follows Luz Noceda, a self-assured teenager who stumbles upon a portal to a magical realm. There, she befriends a rebellious witch, Eda, and a tiny warrior, King; and despite not having magical abilities, Luz pursues her dream of becoming a witch by serving as Eda’s apprentice.

She also meets a bubblegum-haired witch named Amity and falls hard. The two started dating earlier this season but had not shared a kiss until the most recent episode. Take a look at how it happened here.

Luz and Amity share a kiss in the latest episode of ‘The Owl House’ 👩‍❤️‍💋‍👩#theowlhousespoilers pic.twitter.com/Io686ZI6SE

“I can’t believe I just did that,” Amity says.

“I can’t believe I just said that! Crikey? Why did I even think that??” Luz replies.

This moment marks Disney’s first same-sex kiss between lead characters in a cartoon, and we have creator and executive producer Dana Terrace to thank!

Related | Did Disney Remove More LGBTQ+ Storylines From Its Films?

Season two of The Owl House is coming to a close, and then we only have season three before the show is officially over! But don’t get too sad yet. Season three will be three 44-minute specials, so we have that to look forward to.

You can watch The Owl House now on Disney+ and see Luz face-off with the villainous Emperor Belos in the season finale on Saturday at 9 am ET on Disney Channel.