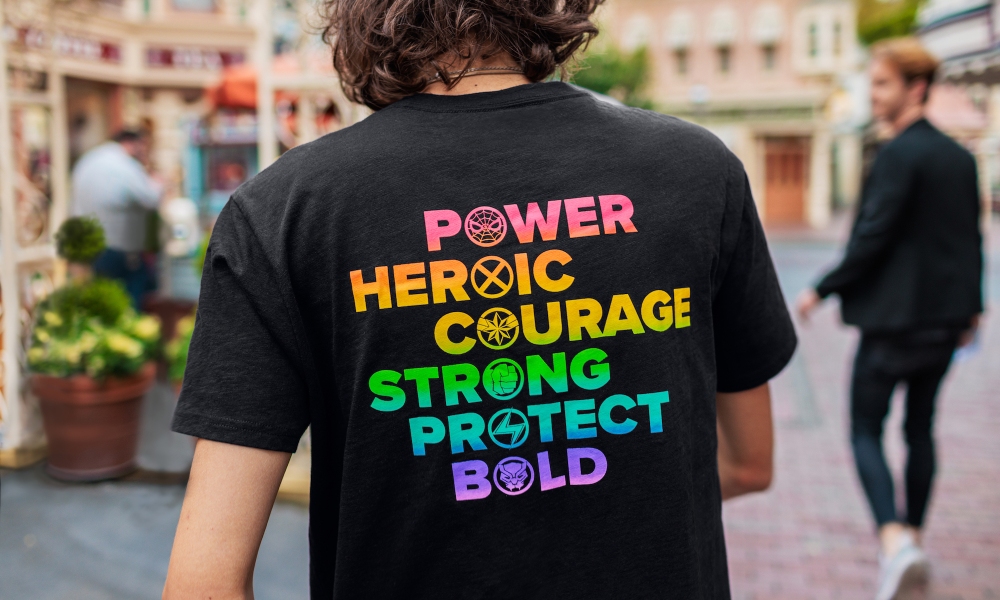 Disney is rolling out their following line of rainbow-colored merchandise, but this time, it’s being marketed as the “Pride Collection.”

Why does the name matter? After Disney was under scrutiny for not speaking out against the “Don’t Say Gay” bill, CEO Bob Chapek promised to be a better ally for the LGBTQIA+ community. Dropping rainbow and making it a full-on Pride collection is one way of doing that.

“The Disney Pride Collection was created by LGBTQIA+ employees and allies at The Walt Disney Company and is a reflection of their incredible contributions and place at the heart of the company. We stand in solidarity with our LGBTQIA+ community everywhere,” the company said in a statement.

The line includes clothing, cups, backpacks, pins, and more with various patterns and logos, including the Pride, bisexual, lesbian, and trans flag designs. Plus, the collection has the expected Mickey Mouse-inspired prints as well as other Disney-owned brands like Marvel and Star Wars.

Check out some of the merchandise already scattered around the Disneyland Resort stores.

All of the profits from the collection will go to LGBTQIA+ youth and families through organizations like GLSEN, LGBTQ Center OC, The Trevor Project, and Zebra Coalition. For a complete list of orgs Disney is donating to, click here.

You can also shop some of the collection online through shopdisney.com.