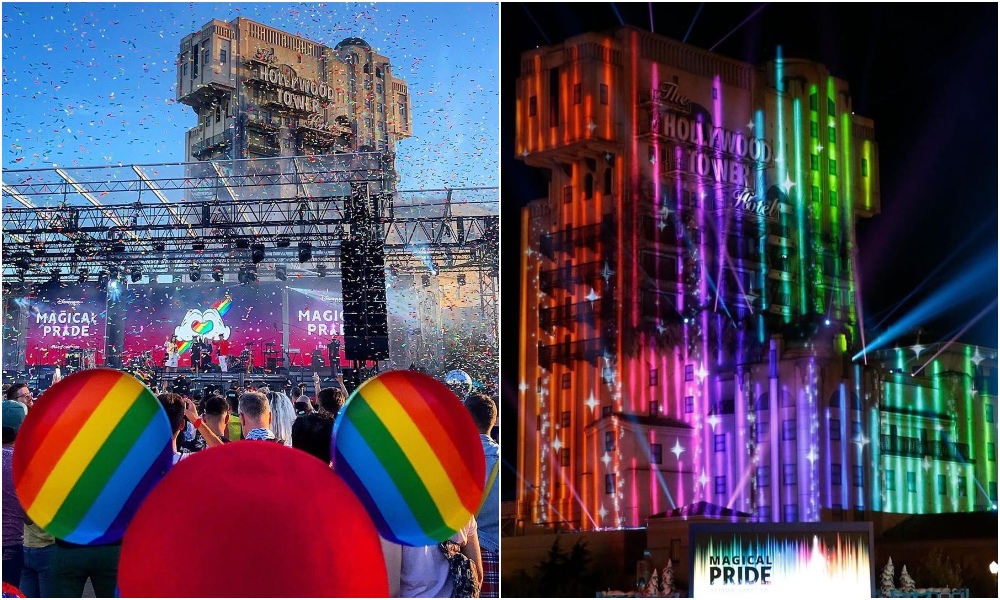 Over the weekend, Disney hosted their first ever Pride parade it was enchanting.

On Saturday, June 1, Disney hosted the first ever Pride event in one of its theme parks. Complete with a spectacular parade, Disneyland Paris transformed into a Magical Pride extravaganza celebrating diversity and all things LGBTQ.

You can’t celebrate Pride without a parade.

So, in true Disney spirit, the park delivered a spectacle featuring hundreds of marchers in rainbow t-shirts, colorful floats, and characters from films like Aladdin, Toy Story, Ratatouille and Lilo & Stitch.

Mickey and Minnie also made an appearance wearing fashionable Pride outfits and riding in a car decorated with rainbows and hearts. Later in the day, the characters posed for photos alongside other favorites including Genie, Woody and Buzz Lightyear.

For more photos from the event, scroll through the #MagicalPride tag on Instagram.