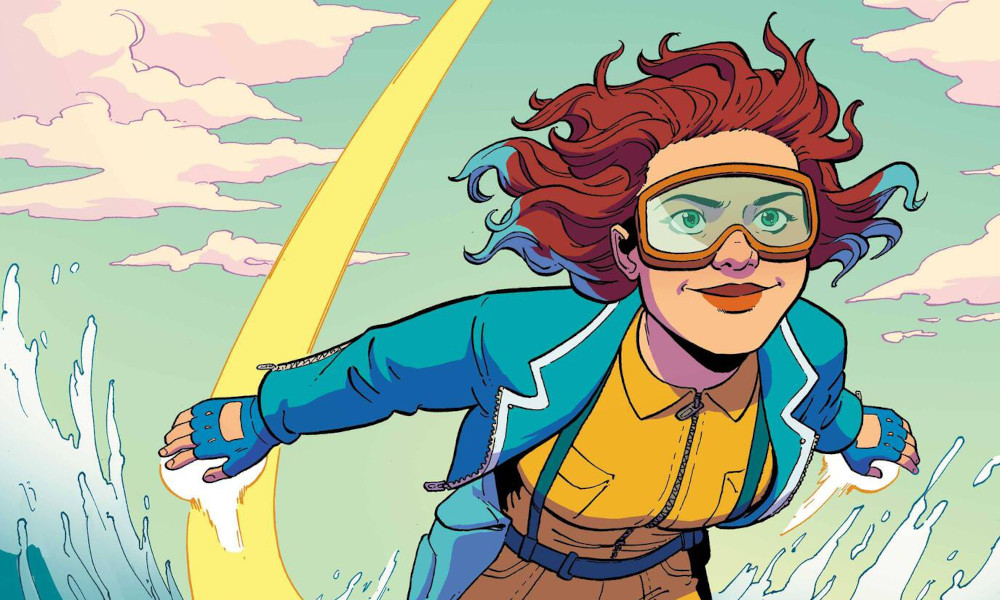 A new trans Marvel superhero is here – and just in time for Pride!

“Escapade, whose real name is Shela Sexton, is a trans mutant who can instantaneously switch physical locations with another person or trade any specific physical or abstract attribute such as possessions, organizational status, skills, superhuman powers, and even situations!,” the official description says.

“Escapade is only able to maintain the power for a few hours at a time and must be within 7 feet of her target, and the more complex the switch, the higher the chance of a mishap.”

Escapade is a part of an entire community of trans mutants, including her tech-savvy best friend Morgan Red.

“Together, Escapade and Morgan tear through the Marvel Universe as professional thieves, stealing from criminal and corrupt organizations… until a meeting with Emma Frost and Destiny changes the course of Escapade’s life forever.”

Author Charlie Jane Anders helped create and launch Marvel’s Voices series, which The Pride comic is a part of.

“I have loved the Marvel Universe for as long as I can remember, and may or may not sing the Spider-Man cartoon theme in the shower on a regular basis,” Anders admitted in a statement. “So I was so thrilled to be able to introduce a brand-new hero to stand alongside all of my favorites.”

She hopes the comic will resonate with members of the LGBTQ+ community, saying, “I hope that Escapade and Morgan Red will inspire trans and non-binary people everywhere to believe that they, too, can fight for justice with the power of creativity and chosen family.”

Fans will meet Escapade in Marvel’s Voices: Pride #1, a twenty-page comic book. However, her story doesn’t end there as she is expected to “return in the fall in a special story arc of New Mutants guest-written by Anders.”