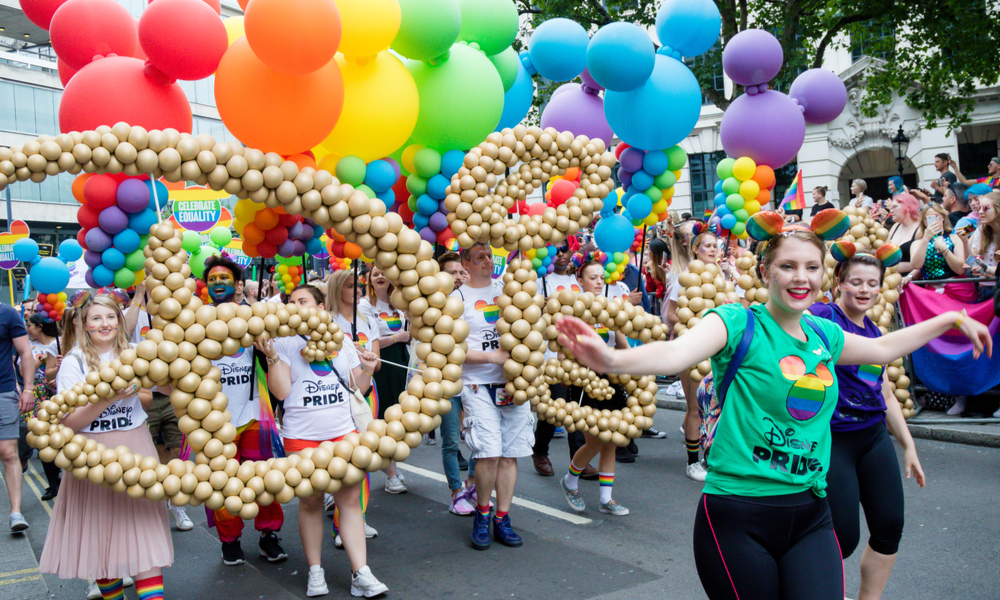 Did Disney Remove More LGBTQ+ Storylines From Its Films?

In recent weeks, the Disney corporation has come under fire for its contributions to Florida politicians during a senate decision on the Parental Rights in Education act, otherwise known as the “Don’t Say Gay” bill.

Now, employees are speaking out against Disney, sharing their experiences with the company and how they have limited queer characters and stories.

For those who don’t know, Florida’s Parental Rights in Education act, also dubbed the “Don’t Say Gay” bill, was recently passed in a 22-17 vote. The measure prohibits early childhood education and discussion on gender identity or sexuality in the classroom.

While many supporters argue the bill doesn’t explicitly say “gay” in the text, the restrictions would disproportionately affect members of the queer community by banning these conversations. During the bill’s development, democrats requested amendments to clarify language to safeguard LGBTQ youth, but they were denied.

In the weeks following the vote, many concerned citizens have called out contradictions in the writing and statements made by Florida Governor Ron Desantis.

During a recent press conference, Desantis said that the bill only restricts k-3; but the bill actually says that all conversations regarding gender and sexuality will be prohibited under an “age-appropriate” guideline, making the education of these topics subjective.

The governor said, “my goal is to educate kids on the subjects, math, reading, science, all the things that are so important. I don’t want the schools to kind of be a playground for ideological disputes.”

After backlash surrounding a donation to a fund for Governor Desantis, Disney CEO Bob Chapek faced additional criticism for his cavalier response surrounding fan and employee concern over this anti-LGBTQ bill.

Many queer employees working for the Disney corporation and their subsidiaries, such as Marvel Studios and Pixar Animation Studio, have since questioned their parent companies’ ethos.

In an internal letter to executives, Pixar employees state, “we at Pixar have personally witnessed beautiful stories, full of diverse characters, come back from Disney corporate reviews shaved down to crumbs of what they once were. Even if creating LGBTQIA+ content was the answer to fixing the discriminatory legislation in the world, we are being barred from creating it.”

This note directly responds to Chapek’s remark that “the best way for our company to bring about lasting change is through the inspiring content we produce,” which seems to be extremely limited in its inclusion.

The queer coded Pixar film Luca is a recent example of Disney’s desire to omit LGBTQ stories while attempting to capture a gay audience.

Many fans of the movie called out the relationship between Luca and Alberto, but Disney denied the two main characters are romanticly linked. While that may be true, a new report states that Luca initially included a queer character that Disney removed.

Giulia, a friend of Luca and Alberto, was written as queer, but Disney refused to include her sexuality in the film’s final version. Disney didn’t feel they could convey Giulia’s sexuality without a same-sex love interest.

For being one of the most imaginative companies in the world, it’s hard to believe they couldn’t find a way to give Giulia an LGBTQ identity without introducing a girlfriend.

Now, on the heels of employee statements and backlash, Disney restored a character’s same-sex kiss in the upcoming film Lightyear. This kiss will be the first queer romantic gesture in an animated movie for the company and a step in the right direction.

Did Disney Remove More LGBTQ+ Storylines From Its Films?