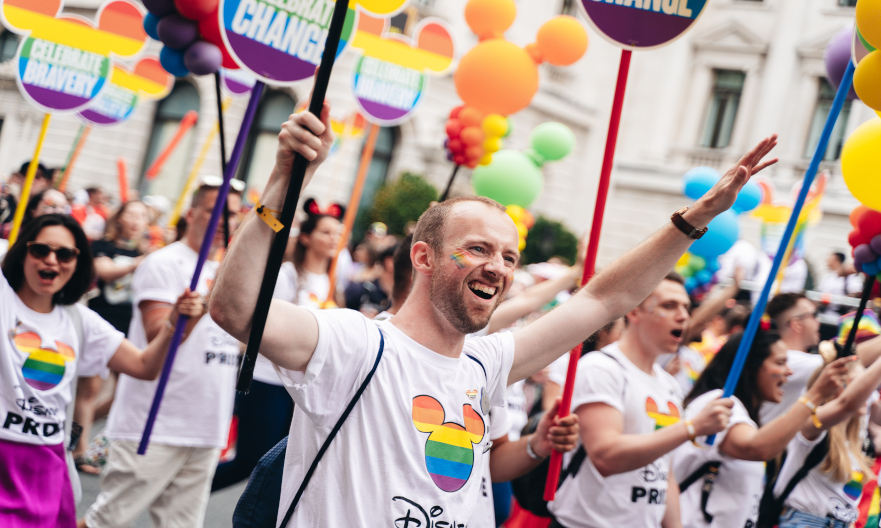 The Parental Rights in Education law (also known as the “Don’t Say Gay Bill”) aims to silence all talk of sexual orientation or gender identity in primary school classrooms. While CEO Bob Chapek was slow to respond to the bill, Disney employees and platforms are taking action.

On Tuesday, many employees of the Walt Disney Company staged a walkout in Burbank, California with other states also organizing their own small protests against the bill. In response to the walkouts, multiple Disney-owned companies issued statements denouncing anti-LGBTQ legislation.

Backlash towards the company began when fans got word that Disney was sending donations to politicians who supported the “Don’t Say Gay Bill.” Chapek’s first statement to employees in response to the controversy failed to put people’s minds at ease. He wrote, “We understand how important this issue is to our LGBTQ+ employees and many others. The biggest impact we can have in creating a more inclusive world is through the inspiring content we produce.”

Related| Did Disney Remove More LGBTQ+ Storylines From Its Films?

In a later statement sent out to employees, Chapek apologized for “not being a stronger ally.”

“We are hard at work creating a new framework for our political giving that will ensure our advocacy better reflects our values,” he continued. “And today, we are pausing all political donations in the state of Florida pending this review.”

“… We strongly denounce all legislation that infringes on the basic human rights of people in the LGBTQIA+ community — especially legislation that targets and harms young people and their families.”

“Today and every day, we Hulugans are united against all legislation that infringes on the basic human rights of the LGBTQIA+ community.”

Today and every day, we Hulugans are united against all legislation that infringes on the basic human rights of the LGBTQIA+ community.

“We strongly denounce any and ALL legislation that infringes on the basic human rights of the LGBTQIA+ community. Marvel Studios stands for hope, inclusivity and strength; and we proudly stand with the community. Today, we pledge to continue our strong commitment as allies who promote the values of equality, acceptance and respect.”

“To ALL who come to this happy place, welcome. Disney Parks, Experiences, and Products is committed to creating experiences that support family values for every family, and will not stand for discrimination in any form. We oppose any legislation that infringes on basic human rights, and stand in solidarity and support our LGBTQIA+ Cast, Crew, and Imagineers and fans who make their voices heard today and every day.”

“… We oppose any legislation that threatens basic human rights and stand in solidarity with our colleagues through our practices, our programming and everything we do.”

“FX fearlessly stands with, fully supports and celebrates our LGBTQIA+ colleagues, their families and community.”

ESPN broadcasters Carolyn Peck and Courtney Lyle conducted a moment of silence in solidarity with their Disney teammates against the bill.

“There are things bigger than basketball … Our LGBTQIA+ teammates at Disney asked for our solidarity and support.”