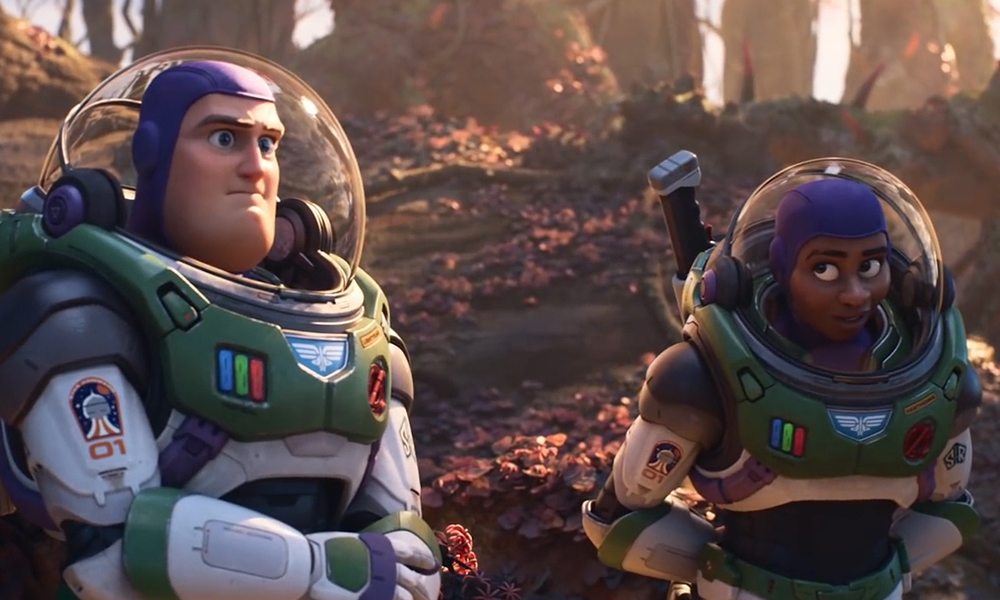 Restored Gay Kiss in ‘Lightyear’ Will Be a Major Plot Point

To LGBT and beyond!

Disney has been in hot water for some time now. Their initial response to the criticism surrounding their connection to Florida’s “Don’t Say Gay” bill was lackluster, and they’ve been backtracking ever since. Less than a month later it was annouced that Lightyear, a highly anticipated upcoming Toy Story spin-off, would be restoring a gay kiss. Another month later and we’re learning that this particular kiss will actually be a pivotal moment in the film.

In early March of this year, Disney CEO Bob Chapek failed to oppose the now infamous piece of Florida legislation. Though Disney funded state politicians supporting the bill, Chapek refused to speak on it initially. Instead saying that the biggest impact Disney can have “is through the inspiring content we produce.”

Unsurprisingly, this half-baked response backfired. This led to a Diney employee walkout and a letter penned from the team at Pixar Animation Studios. The letter accused Disney of removing “nearly every moment of overtly gay affection” from their films. This was depsite any pushback from the creative teams and Pixar leadership. The Pixar employees stated, “we at Pixar have personally witnessed beautiful stories, full of diverse characters, come back from Disney corporate reviews shaved down to crumbs of what they once were. Even if creating LGBTQIA+ content was the answer to fixing the discriminatory legislation in the world, we are being barred from creating it.”

Amid all of this, we learned something that seemed to corroborate what the employees claimed. The very same day there were reports that Disney removed a same-sex from Lightyear. The reports also said the kiss would be restored. If that wasn’t enough, it looks like this kiss has special significance.

A post shared by Disney and Pixar’s Lightyear (@pixarslightyear)

According to producer Galyn Susman, this kiss is integral to the Buzz’s character arc in the new film. Susman spoke about the kiss at a recent press screening for Lightyear. “We’ve always had the lesbian couple. They’ve always been a part of the film,” said Susman accordeing to /Film. “Being able to put back the kiss was important to us. It’s a touching moment.”

Unconvinced? Susman went on to explain how significant this moment is. Buzz’s fellow astronaut Hawthorne shared the kiss with her partner. The moment he witnesses the kiss signifies point of character development for Buzz. “It’s the life that’s being lived in front of him by his best friend that he’s not having. He doesn’t have those kinds of relationships,” Susman exlained. She continued, saying “he doesn’t have a child. He doesn’t have what she has. And so it was important for us to get that back in there.”

LGBTQ+ viewers understand what it feels like to beg for scraps of representation. We’ve learned to expect queer-coding, headcannon shipping, and blink-if-you-miss-it moments. That’s if there’s anything to see at all. At a time when major anti-LGBTQ+ legislation is finding it’s way into our classrooms, moments like these can be particularly significant for LGBTQ+ youth trying to find themselves in media. We will keep a close eye on Disney for more restored queer moments in the future.

Restored Gay Kiss in ‘Lightyear’ Will Be a Major Plot Point