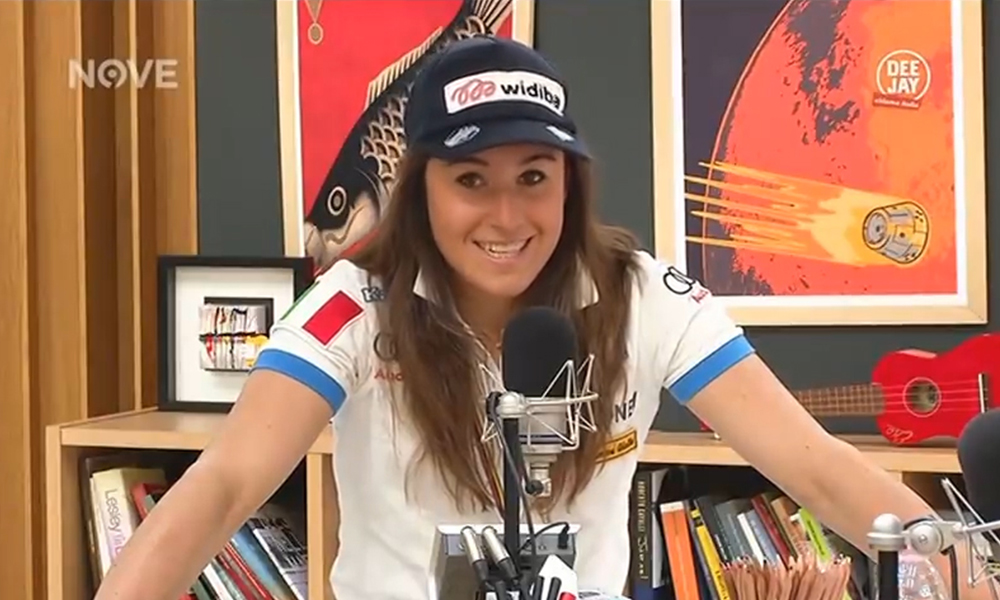 She has now apologized for her homophobic and transphobic remarks.

Who wants to hear a weird anti-queer take from an Olympian? Whether you want to or not, Italian pro skier Sofia Goggia has two. The Olympian shared her homophobic and transphobic thoughts with the Italian daily newspaper Corriere Della Sera. Now she’s walking them back.

What Did Sofia Goggia Say?

It started when the interviewer asked her whether or not there is enough queer inclusion within her sport. Her answer will perplex you. “Among the women, some are,” Goggia said. “Among men, I would say no. They have to throw themselves off Kitz’s Streif.”

Streif is a World Cup downhill ski course in Austria, located on Hahnenkamm Mountain. Streif is home to the most prestigious and the most-watched ski competitions in the world. It’s also a very challenging course. With that in mind, the implication here appears to be that gay men are less likely to run such a challenging course.

It’s unclear whether she’s implying that gay men are less capable, or less courageous. Either way, I’m sure Gus Kenworthy, Hig Roberts, and Eric Mitchell would have a thing or two to say about that.

That’s Just the Half of It

The Corriere Della Sera wasn’t done probing Goggia for more anti-LGBTQ+ sentiments. The newspaper then asked her what her stance is on trans inclusion in sports. “In terms of sport a man who turns into a woman has physical characteristics, even at the hormonal level, which allow him to push harder,” Goggia said. “I don’t think it’s right then.”

Before we continue it’s important to say that this idea is hotly debated. When it comes down to it, there are already countless guidelines that trans women in professional sports must follow. Trans women have been able to compete in the women’s category in the Olympics for nearly 20 years. Within this time only one trans woman competed in the women’s category, and she did not medal.

There is no trans domination in women’s sports. If anything, trans women are massively underrepresented in elite sports.

Since the article came out Goggia has attempted to apologize for her comments on Twitter. “A falling tree makes more noise than a growing forest,” she wrote. “I am sorry and I apologize to all the people who felt offended by the sentence that came out in the Corriere interview which, certainly, when I said it, did not want to be of a discriminatory nature.”

Twitter users weren’t having it, with many seeing the apology as self-absolving and too late. One user wrote that “there are gay and transgender girls and boys who feel more alone tonight”. Another notable name to speak out against Goggia’s remarks was gay politician and LGBTQ+ rights activist, Ivan Scalfarotto.

“I read with dismay that according to Sofia Goggia a gay athlete would not be able to do a downhill,” said Scalfarotto in a statement. “Before saying such things, kind Sofia, you should stop and think twice: speed is an advantage in the race but with words, it can become a big problem.”