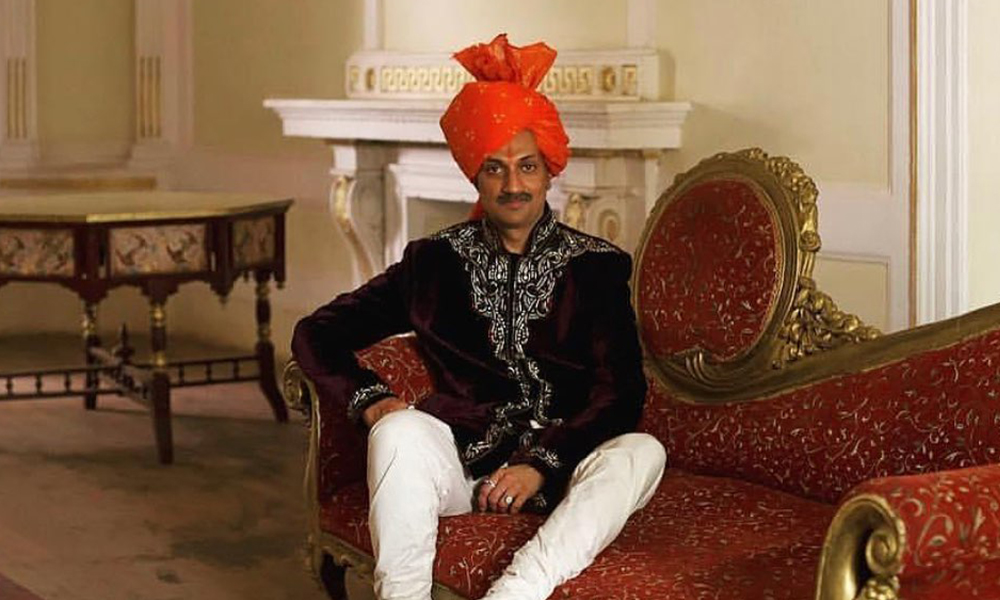 He endured years of conversion therapy.

A worrisome cloud is descending upon the LGBTQ+ community in the US. Not without reason either. A wave of anti-gay and anti-trans legislation increasingly makes ground across the county. As a result, much of the focus in US news focuses on these issues. Meanwhile, LGBTQ+ folks in other countries are fighting battles of their own. In India, a part of that battle involves colonial-era homophobia, conversion therapy, and a gay Prince.

His Highness Prince Manvendra Singh Gohil is the 39th direct descendant of India’s Gohil Rajput dynasty. He is also gay. The first openly gay prince in India, and indeed the world as a matter of fact. Unsurprisingly his background complicated his journey from knowing he was gay at 12 to coming out almost 30 years later. After suffering from a nervous breakdown, Gohil’s doctor outed him to his family in 2002. His parents did not take it well. “They thought it was impossible that I could be gay because my cultural upbringing had been so rich,” said Gohil. “They had no idea that there’s no connection between someone’s sexuality and their upbringing”.

What ensued amounts to years of abuse. Gohil found himself in an endless cycle of conversion therapy. Gohil says his parents tried everything from medical practitioners to spiritual guides. “They approached doctors to operate on my brain to make me straight and subjected me to electroshock treatments,” said Gohil. When those treatments didn’t work they turned to religious leaders. Unsurprisingly, nothing would “cure” him. This process was incredibly traumatizing to Gohil, who at times considered suicide.

The Prince Comes Out

Thankfully Gohil instead decided to go public about his sexuality. This was in 2006, a full 12 years before the legalization of homosexuality in India. Gohil came out publicly in an India still deeply influenced by homophobia, a holdover from British colonial rule. The very law that banned homosexuality, Section 377, was a British colonial penal code that criminalized all sexual acts “against the order of nature”. At this point, his family publicly disowned him and threw him out.

Struck down in India in 2018, the same penal code remains in many former British colonies. At the time of Gohil’s coming out, homophobia was still the standard. His coming out was a nationwide scandal. “The day I came out, my effigies were burnt. There were a lot of protests,” Gohil said to an Insider reporter. “People took to the streets and shouted slogans saying that I brought shame and humiliation to the royal family and to the culture of India. There were death threats and demands that I be stripped off of my title”.

Through all of this, Gohil was dignified and empathetic. “I don’t blame the people who are against me,” said Gohil at the time. “I blame their ignorance on the subject.”

Where is the Price Now?

We’re glad to say that it got better for the prince. Gohil, 56, married his husband DeAndre Richardson in 2013. He now runs a charity, the Lakshya Trust, which works to improve the rights of the LGBTQ+ community in Gujarat. The year Section 377 died in India, Gohil opened a shelter for vulnerable members of the queer community. He opened it on the same palace ground he was previously thrown out of.

Now, two decades after Gohil’s battle with conversion therapy, LGBTQ+ people in India still suffer at the hands of this horrific practice. Today, Gohil’s voice is part of the rallying call to put an end to conversion therapy in India. “It’s important for people like me who have a certain reputation in society to continue the advocacy. We can’t just stop because the country repealed Section 377,” he said. “Now we have to fight for issues like same-sex marriage, right to inheritance, right to adoption. It’s a never-ending cycle. I have to keep fighting.”