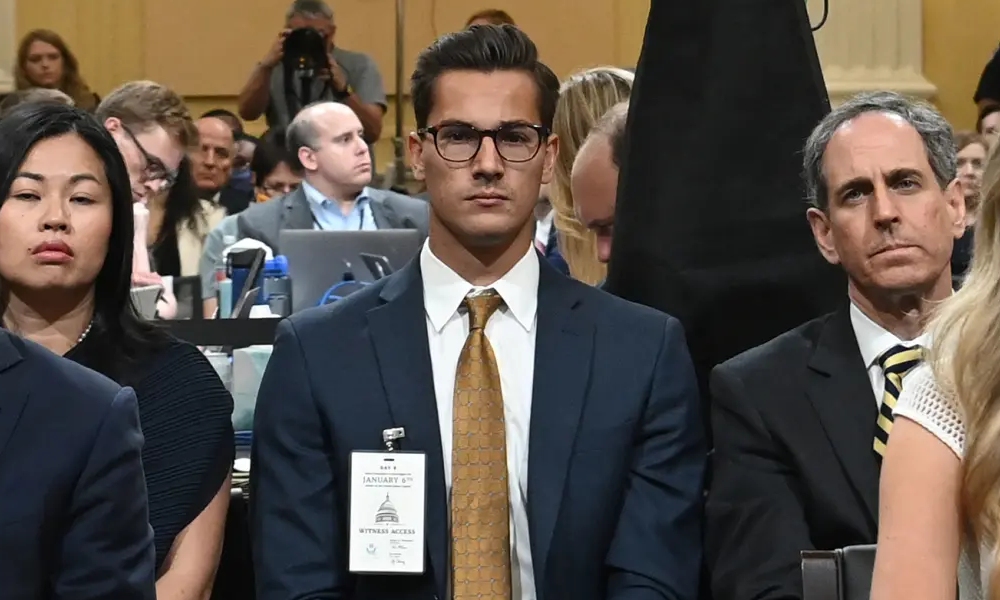 There is a superhero in all of us…

While many watched the televised January 6 committee hearing Thursday night for revelations as to what former President Donald Trump did during the three hours before the violent mob of the Capitol, others had their attention stolen by Clark Kent.

A sharp man in a pressed suit and large frames sat behind witnesses Matthew Pottinger and Sarah Matthews. While this isn’t exactly breaking news, what did break the internet is the man’s likeness to Superman‘s alter ego, Clark Kent.

In case you missed it, here are some tweets recapping the moment viewers spotted the mystery man.

We’re not saying he looks EXACTLY like the Man of Steel. But he doesn’t NOT look like him either.

As many users put their best sleuthing skills to the test to find an undercover superhero, one journalist revealed they might have the answers. But he’s not interested in sharing them with the public. He is, however, reportedly not single.

The good looking man sitting behind Pottinger is not single.

That’s all I will say and that’s all you need to know!

TMZ later revealed the young man’s identity as 23-year-old Alex Wollet, a medical school student from Ohio. Wollet is currently living in Washington, D.C. and working on completing a fellowship at the National Institutes of Health.

Find more funny tweets about the incident below and find out what you missed at the hearing here.

#January6thHearing
This is so infuriating you got Clark Kent about to go full Superman. pic.twitter.com/5JDv4RRnfO