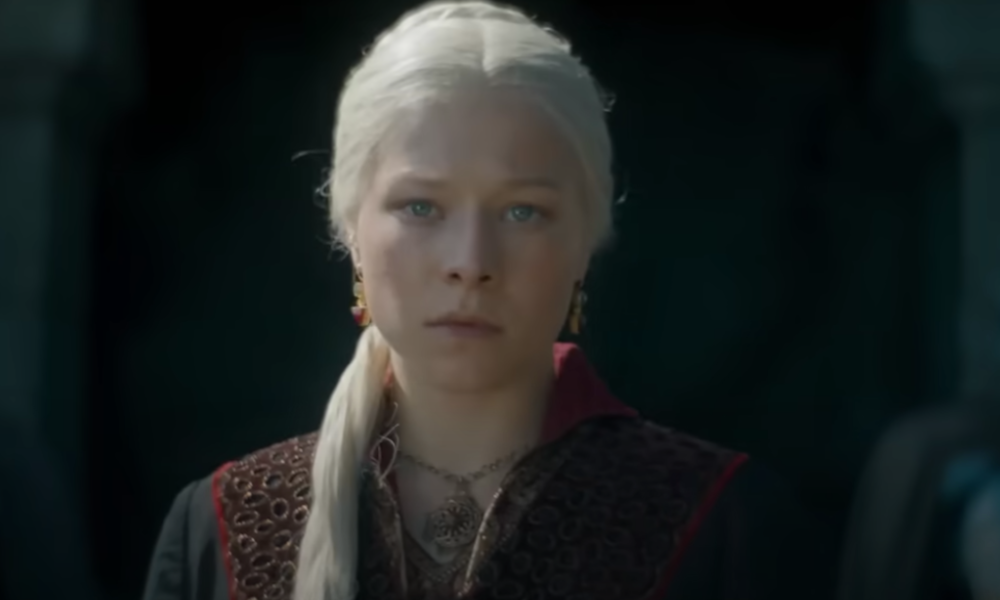 The House of the Dragon series focuses on the House Targaryen.

Whether or not you liked the ending of Game of Thrones, you will want to tune into the prequel series coming to HBO. It takes place 300 years earlier and is based on George R.R. Martin’s 2018 novel Fire & Blood.

In House of the Dragon, the Targaryen family is at war over who will rule Westeros after the fall of King Viserys I (Paddy Considine).

One of the leading candidates for the Iron Throne is his first-born daughter, Princess Rhaenyra Targaryen, played by non-binary actor Emma D’Arcy.

“Rhaenyra has an ongoing battle with what it means to be a woman and is a fundamental outsider,” D’Arcy told The Hollywood Reporter. “She’s terrified of getting locked into motherhood and is aware of how her position would be different if she were male.”

While taking on the new role, D’Arcy found many parallels between themselves and their character.

“I’m a nonbinary person. I’ve always found myself both pulled and repelled by masculine and feminine identity and I think that plays out truthfully here. [Rhaenyra] can’t attend court in a way that comes easily to other people.”

In the new trailer, nearly everyone doubts that a woman could be fit to rule the Seven Kingdoms.

“A woman would not inherit the Iron Throne. Because that is the order of things.”

“When I am queen, I will create a new order.”

Before landing the role in this series, D’Arcy starred in projects like Truth Seekers, Hanna and Mothering Sunday. The rest of the cast includes by Olivia Cooke, Matt Smith, Steve Toussaint, Eve Best, and Rhys Ifans.

House of the Dragon premieres on August 21 on HBO Max.