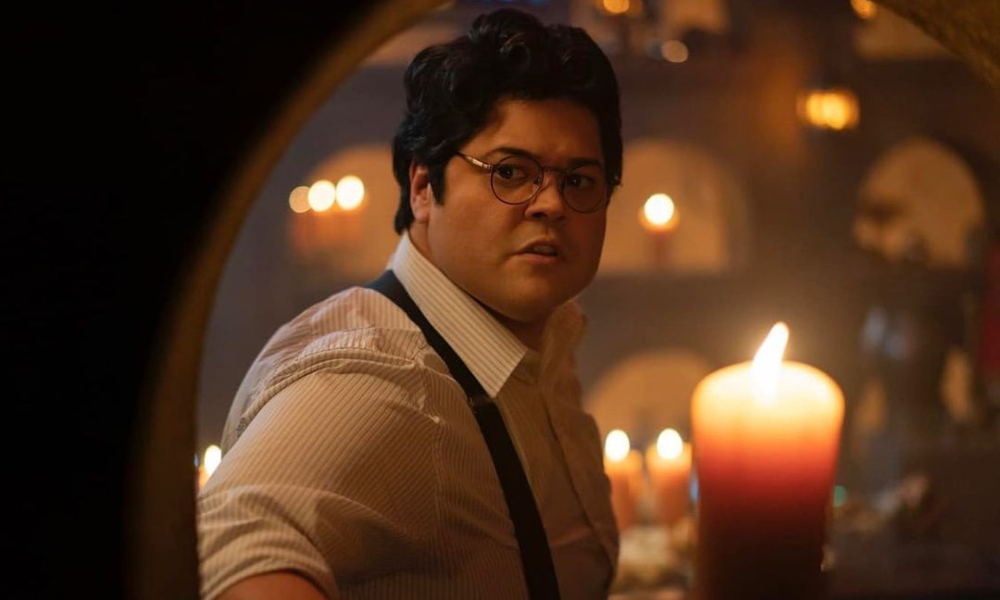 Wait, there’s a What We Do in the Shadows podcast?

If you’re like us and you can’t get enough of the FX series What We do in the Shadows, then we have the podcast for you.

Straw Hut Media teamed up with What We do in the Shadows star Harvey Guillén to create Behind the Shadows, an in-depth podcast experience. Each week, Guillén will bring a guest star to share behind-the-scenes facts and stories about the show’s latest episode.

For anyone unfamiliar with the story, What We Do in the Shadows is based on the 2014 film of the same name. The series adaptation takes on a documentary style to tell the story of four vampires living in Staten Island. Guillén is Guillermo de la Cruz, the vampire Nandor’s former human familiar.

Join Guillén in episode one as he chats with Kristen Schwab (Flight of the Conchords), who you may recognize as The Floating Woman on the show. Then, in episode two, Anoop Desai (who plays Djinn) drops by. And episode three welcomes comedian Fred Armisen (SNL, Portlandia) to the show who is Tom Schmidt in the comedy series.

You can watch new episodes of What We Do in the Shadows every week on FX and on Hulu the next day. After you watch, tune into Behind the Shadows with Harvey Guillén for more facts and fun for the duration of season four.