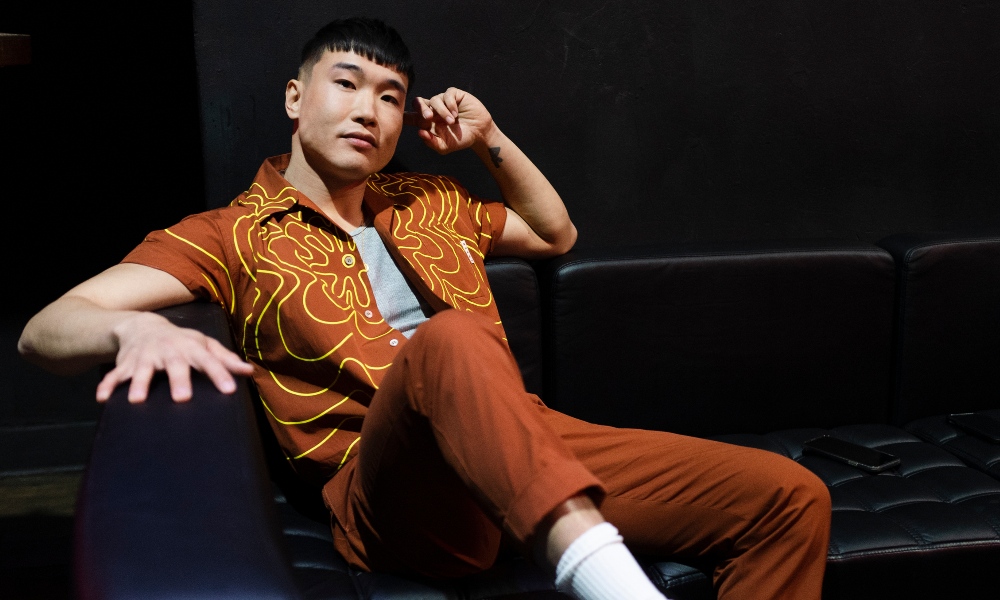 Comedian Joel Kim Booster got candid during an interview with Grindr and Netflix to promote his new special, Psychosexual.

In the hilarious video, an interviewer follows Booster around his gorgeous LA home and asks him the burning questions on all of our minds. Like what Britney Spears song is his favorite of all time.

Naturally, the actor also dishes on his dating life and experience with Grindr. We learned he has a celebrity crush on Keiynan Lonsdale (I mean, who doesn’t?), and he prefers hookups before dates to “kick the tires a little bit.” But if you see Booster on the dating app and know who he is, “you’re legally required to tell me.”

Watch the full video to hear Booster’s signature opening line on Grindr, his favorite cocktail to “prepare,” and what his drag name would be.

His comedy special Psychosexual is now streaming on Netflix. In it, Booster takes the stage in LA and riffs on leaked selfies, dining at P.F. Chang’s, keeping secrets, and why cats are better than dogs.

The 34-year-old comedian also wrote and starred in the Hulu rom-com Fire Island. The movie follows a group of queer best friends on their annual week-long vacation to gay paradise. It’s a modern retelling of Jane Austen’s Pride and Prejudice and stars Bowen Yang, Margaret Cho, and Tomas Matos, among others.