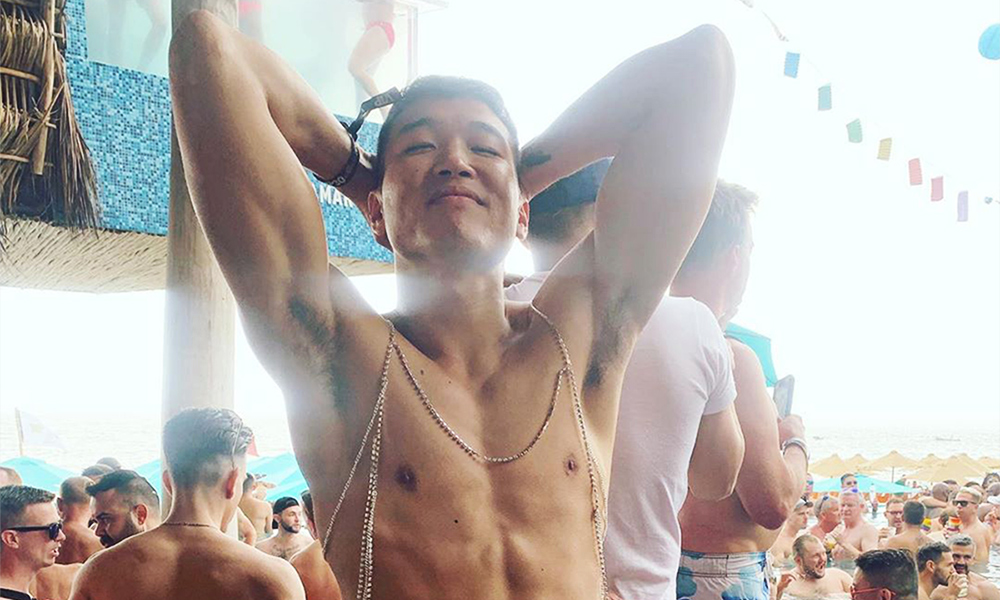 Joel Kim Booster says Grindr is out and Instagram is in.

Adopted in South Korea by white Christian parents, Joel Kim Booster made a career using his life experiences for entertainment. On his debut stand-up record, Model Minority, the 31-year-old entertainer alchemized his unique childhood into comedy gold, while also shining a light on his internalized shame of being gay and single.

Booster, who has written for popular shows such as Big Mouth, Billy on the Street, and The Other Two, is using his skills to produce Trip, an upcoming series in development at Quibi that he calls Pride and Prejudice set on Fire Island. In a conversation with Interview, 31-year-old Booster opened up about 16 random topics. In the interview, he admitted he believes Grindr all but destroyed the demand for hookup venues, and now Instagram dominates Grindr for dating and hookups.

He continues, “Grindr has been supplanted by Instagram. Everybody I know is just DMing each other on Instagram, and that’s where I’m exchanging most of my nudes these days. I use it as a travel tool more than anything. When I’m on the road, it’s nice to check in and see where we’re at as a community in different cities.”

Booster went on to discuss the enduring allure of Fire Island. “Fire Island is a kaleidoscope of gay experiences, and there’s a plurality of ways to experience it. Some are very positive, and some are very negative. It all depends on who you go with and what kind of journey you want to go on when you get there.

Booster added, “There’s something healing about going there and dealing with your chosen family. My memories of Fire Island are not tied up in sex and partying. My memories are sitting next to my friends on the dock, watching the sunset, and finding a deep warmth.”

Before you slide into Booster’s DMs, swipe through some of our favorites from his grid.