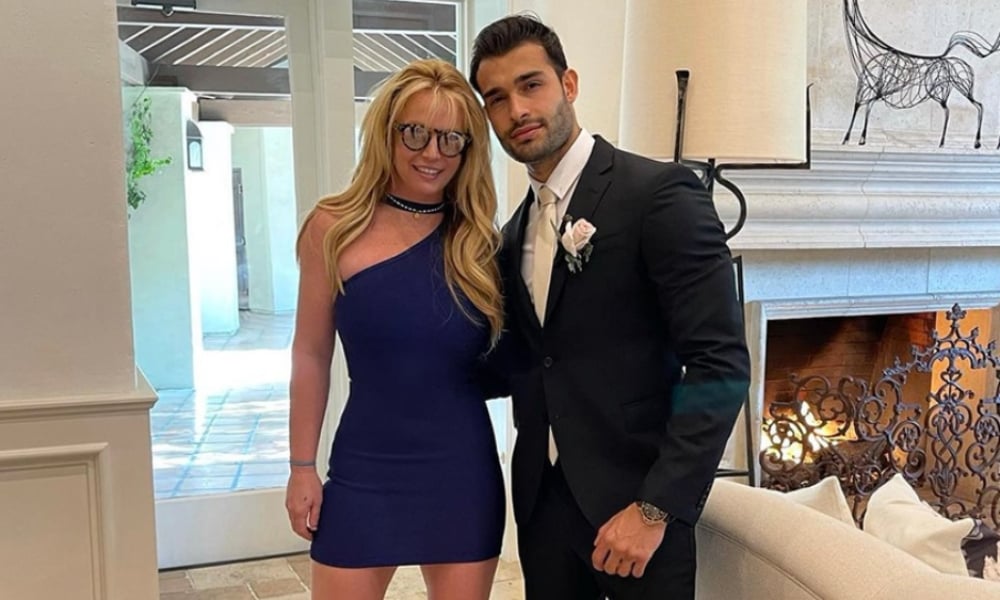 After getting engaged in September 2021, Britney Spears and her fiance Sam Asghari tied the knot on Thursday.

The happy couple had an intimate ceremony in Los Angeles surrounded by 60 of their closest friends and family, according to TMZ and People reports.

Though the guest list is small, that doesn’t mean it wasn’t a star-studded affair! Celebrities such as Madonna, Paris Hilton, Selena Gomez, Kate Hudson, and Gwyneth Paltrow reportedly attended.

It is also rumored that the singer wore a Versace dress while walking down the aisle. The dress reportedly featured an off-the-shoulder cap sleeve and a deep V-shaped slit in the leg. Additionally, the 40-year-old star supposedly walked down the aisle to Elvis Presley’s song “Can’t Help Falling in Love.”

Spears and Asghari met in 2016 on the set of her music video, “Slumber Party.” Though she felt a connection to the young dancer, they did not reconnect until five months later.

“He’s just a really fun, funny person,” Spears said of her partner during an interview in 2017.

Asghari said he was immediately attracted to her humbleness.

“She was very humble, and she had a beautiful soul,” he told GQ.