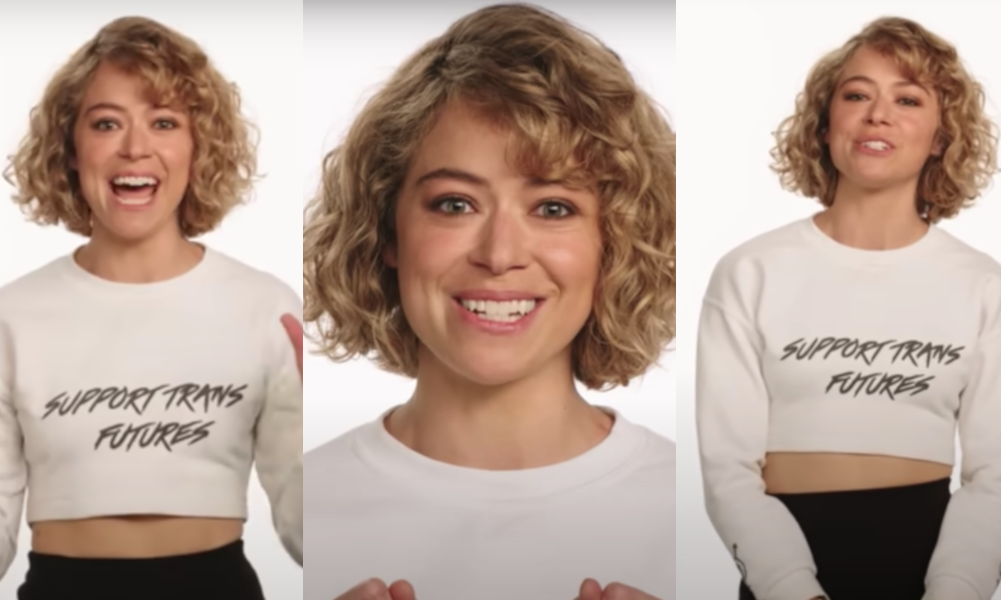 She-Hulk: Attorney at Law is an upcoming Marvel series following an attorney in her 30s who turns into a nearly seven-foot tall superhero (played by Tatiana Maslany).

Marvel has released multiple teaser videos to their social media platforms ahead of its premiere on Disney+. In one promotional video that racked up more than three million views, Maslany talks about the show’s premise and explains how her character, Jennifer Walters, accidentally acquires the Hulk powers.

Though many are excited to see another powerful woman join the Marvel Universe, the actress’ shirt in the clip has everyone talking.

Maslany told the Los Angeles Times that she saw the featurette as an opportunity to promote change, even in a small way.

“I’m aware of what reach images like that have, and I’m aware that there have been bills passed in Florida that Disney has been connected to in terms of providing money to [politicians that passed] anti-LGBTQ bills.

“I know how little it costs me to do something like that. I’m incredibly privileged, and I’m very fortunate to have the platform I do. And I’m very supportive of people who are fighting on the ground for LGBTQ rights. That community means a lot to me, and if there’s any way that I can continue to voice my allyship, then I’ll do it.”

Maslany also rocks the shirt in a video with the OG Hulk, Mark Ruffalo. Watch it below.

She-Hulk: Attorney at Law follows Jennifer Walters, a single, 30-something attorney who also happens to be a green 6-foot-7-inch superpowered Hulk. The series will premiere on Disney+ on August 18.