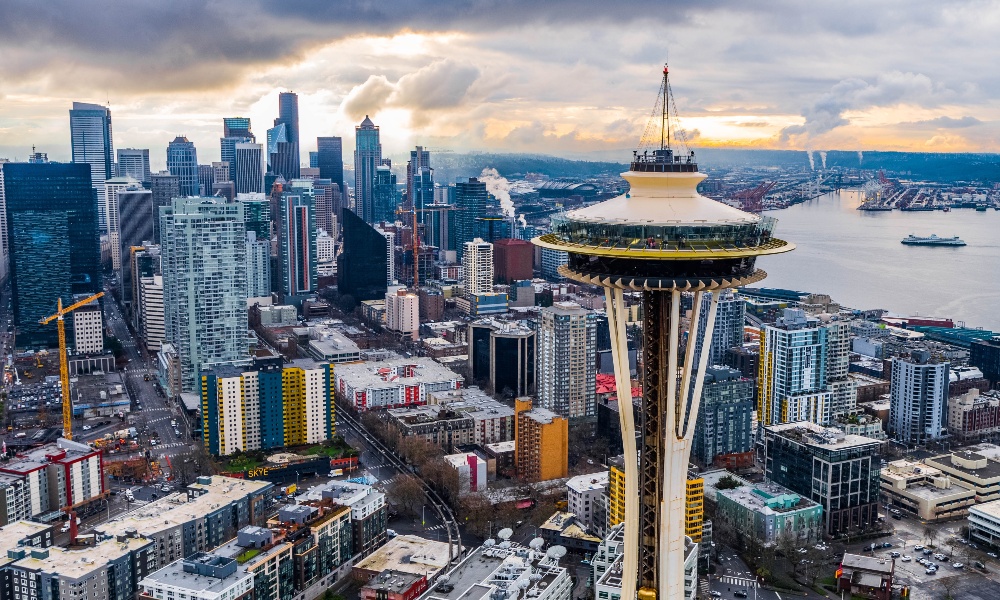 The Ultimate Guide To Gay Travel In Seattle

Are you looking to explore one of the most gay-friendly cities in the Pacific Northwest? Then a trip to Seattle is a must! The Emerald City is home to a vibrant LGBTQ community and has plenty of can’t-miss attractions, nightlife spots, and events for gay travelers.

This guide will provide all the information you need to plan the perfect gay Seattle getaway. From tips on where to stay and what to do during the day to the best bars and clubs for nighttime fun, we have you covered. 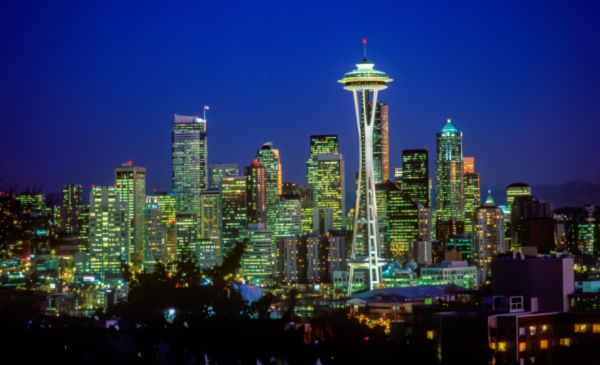 RELATED | These Are the Top (And Bottom) Cities to Be LGBTQ+

Seattle isn’t just a Big Tech destination rife with grunge music and Starbucks coffee shops. It also boasts a notably large LGBTQ community and, in 2013, overtook San Francisco as the American city with the most gay and lesbian households at 2.6%.

Of all the gay neighborhoods in Seattle, Capitol Hill is the place to be for recreational activities and LGBTQ events. Gay bars, clubs, and entertainment centers are also peppered throughout the city.

The Seattle gay area is always bustling with events catering to the LGBTQ community. Regardless of when you visit, there is sure to be an LGBTQ event you can attend.

Since the 1970s, Seattle has hosted one of the largest-scale Pride celebrations on the West Coast. If you find yourself in Seattle in June, join PrideFest, which welcomes over 300,000 attendees annually. Witness performances from drag regulars, renowned international DJs, and even television stars. 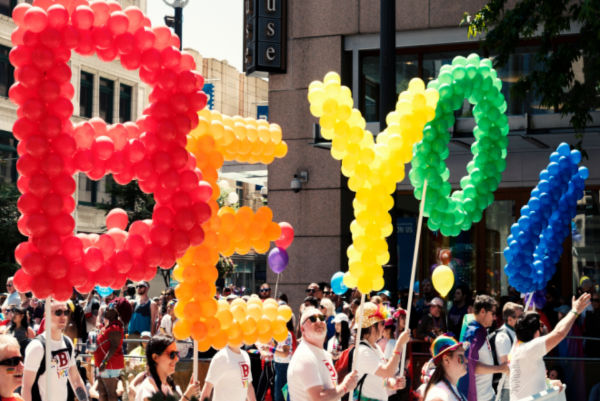 Spearheaded by Seattle Pride, Pride Speaks is a monthly function that tackles the important issues impacting the LGBTQ community. Past events have covered topics like mental health and disabilities, hosted by Aleksa Manila and Sonatina Sanchez. Event-goers can even pitch topics and recommend speakers.

April travelers should sign up to witness the magic of the Seattle Boylesque Festival, which features Queer Chippendale-esque burlesque dancers in hyper-femme lingerie and butt tassels. Think of this weekend show as a cross between stripteasing, circus acts, and a dash of comedy.

Since 1996, the Seattle Queer Film Festival has been the largest of its kind in the Pacific Northwest. Occurring every October, attending this award-winning festival is an excellent way to get your fill of LGBTQ movements, lesbian love tales, coming-of-age films, and other indie darlings.

Considering how LGBTQ-friendly Seattle is, you’ll be hard-pressed not to find an LGBTQ-welcoming hotel or resort. Gay Seattle vacations are not complete without a stay at one of these accommodations. 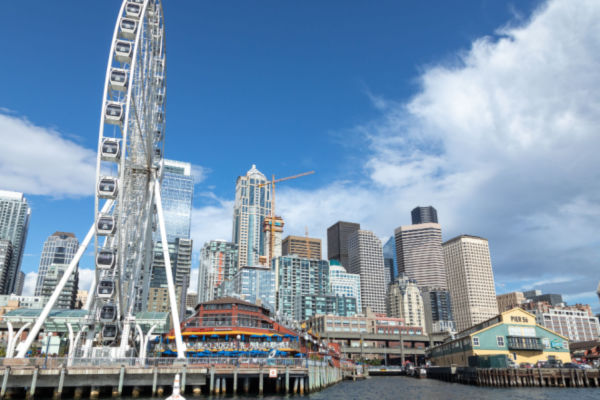 Located in the South Lake Union neighborhood is MOXY Seattle Downtown, where guests are greeted with complimentary cocktails. MOXY’s architecture and design are entirely local, with fixtures from Seattle-based designers, and creative – the environment is chock-full of collaborative spaces like the Plug-and-Meet gathering area. It’s also just a stone’s throw from the West Coast’s largest gathering of food trucks!

Kimpton’s group of hotels is the first major chain to adopt LGBTQ-positive policies and has since become a go-to for LGBTQ travelers. All Kimpton accommodations are partnered with the Trevor Project, a crisis resource for LGBTQ youths. The Kimpton Hotel Vintage Seattle is decked out with a contemporary design and is famous for its nightly wine tastings.

A destination where artists, photographers, musicians, and creators can mingle, Hotel Max is not just any hotel – it’s a boutique experience. Known for its original Andy Warhol lobby, Hotel Max has plenty of attitude as well as quirky signature amenities and activities, such as craft beer tastings and loanable bicycles.

You don’t have to deck yourself out in rainbow attire to show your appreciation for Seattle’s LGBTQ community. Why don’t patronize some of these delectable destinations instead? 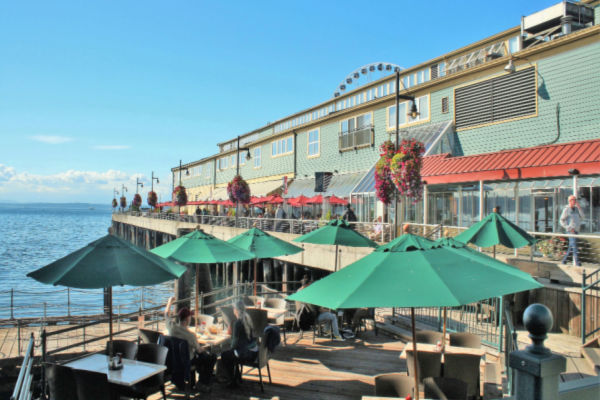 Transgender business owner Nat Stratton-Clarke is the mastermind behind The Flora Bakehouse, a haven for vegetarian diners who love a sweet treat. Proceeds from its signature rainbow tree cookies benefit Camp Ten Trees, a missionary group that supports LGBTQ youth and their families. Buying a slice of rainbow cake will also benefit the Trans Justice Funding Project.

Known for its signature Gay Cupcake, Cupcake Royale does not shy away from LGBTQ-inspired flavors. It’s also Seattle’s premier cupcake bakery and cafe, serving sweet, made-from-scratch creations daily. Cupcake Royale is big on sustainability, so expect to find fresh, local, and organic ingredients in every cupcake.

Julia’s on Broadway is Seattle’s longest-running drag show, pairing their Le Faux and Throwback Brunch shows with a full multi-course menu. Enjoy hysterical antics over a delicious plate of pork tenderloin, and top it all off with a Nola Bloody Mary!

When scouting gay bars in Seattle, Capitol Hill is the place to start. Unlike bigger party city destinations, there is no peacocking and gatekeeping in Seattle – just head into any establishment and get to mingling. 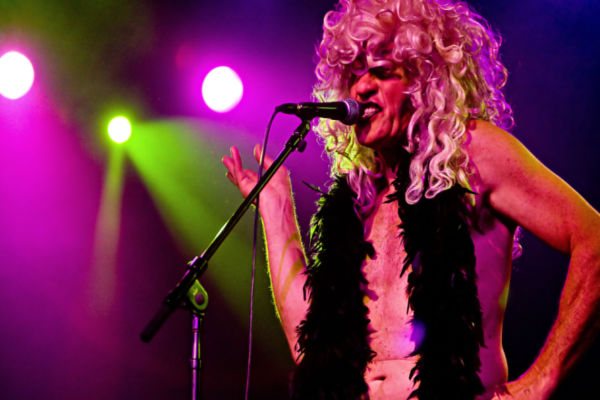 For over 20 years, CC Attle’s has stood as Seattle’s ultimate gay bar. It’s laid-back, open until the wee hours of the morning, and hosts weekly events.

Every first Saturday of the month is Fetish Night, where partygoers can witness kink demonstrations and bare it all in their favorite fetish gear. Underwear Night happens every third Saturday where everyone is encouraged to attend in their cutest undies!

Sports fanatics should visit Madison Pub, a unique gay sports bar where you can talk and play. Cheer the Maulers and Pilots on while playing a game of pool or darts with other MLMs. If you want to throw it back, Madison Pub also has dedicated arcade and pinball machines.

If a gay dive bar is more your scene, Pony is the place to be. It occupies a 1930s gas station building and pays tribute to the Castro bars of the ‘70s. Its west-facing patio houses a retractable roof and fire gas pit where bargoers can sit around and mingle. For an all-night Happy Hour, hit Pony up on a Wednesday! 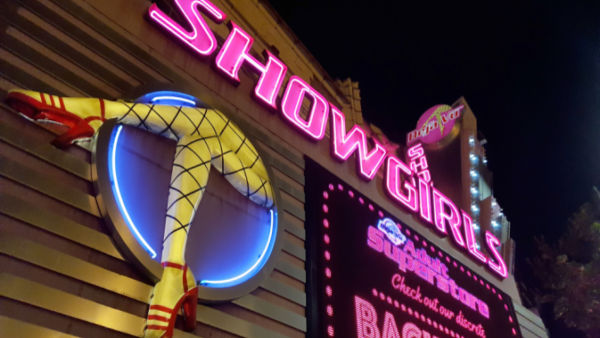 Formerly known as The Wildrose Tavern, The Wildrose Bar is a woman-owned lesbian bar that has been operating since 1984. Wildrose Karaoke happens every Wednesday night and Taco Tuesday is particularly well-attended.

The Cuff Complex is one of the biggest gay clubs in Seattle, with four bars, an outdoor patio, and a massive dance floor. Depending on when you decide to visit, you might run into famous Seattle fetish groups like the Seattle Men in Leather, Northwest Bears, and Border Riders MC.

Other Fun Things To Do In Seattle

Seattle is a top tourist destination for a reason – it’s rich with attractions that make every single day of your LGBTQ Seattle vacation exciting! Here are a few activities that belong on your itinerary.

Do you want to support local queer entrepreneurs? Drop by these LGBTQ-owned shops!

Go To A Wine Tasting

Nature lovers should book a wine tasting at Snoqualmie Falls, Washington’s most popular natural attraction. Get your very own wine chauffeur and travel over Lake Washington to escape the hustle and bustle of the city. Visit independent, family-run wineries or world-class chateaus across Seattle.

You can’t book a trip to Seattle without experiencing the renowned Space Needle! Built in 1962, the Space Needle has been drawing in tourists for decades. Take a Sky High Selfie 605 feet off the ground or enjoy the Loop Lounge’s revolving glass floor.

Go On A Food Tour At Pike Place Market

Food enthusiasts who have diverse palettes will love a tour at the Pike Place Market. Feast on local delicacies like crab cakes and doughnuts, and fill your basket with everything from cheeses to chocolates. Early birds can even go on a special behind-the-scenes tour at this historic attraction. 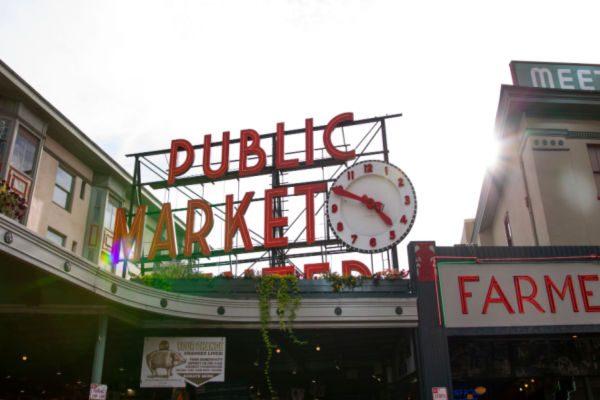 View Exhibits At The Museum Of Pop Culture

The Museum of Pop Culture is a non-profit organization dedicated to contemporary Seattle and general American culture. Popular exhibits include the visual histories of hip-hop, punk, and rap music, commentaries on the indie game revolution, and tributes to music legends like Jimi Hendrix, Nirvana, and Pearl Jam.

The Seattle gay scene is always bustling, so it’s no wonder it’s a popular LGBTQ tourist destination. Whether you want to explore the thriving club scene or simply indulge in America’s natural beauty, you can be loud and proud when you vacation here.

The Ultimate Guide To Gay Travel In Seattle