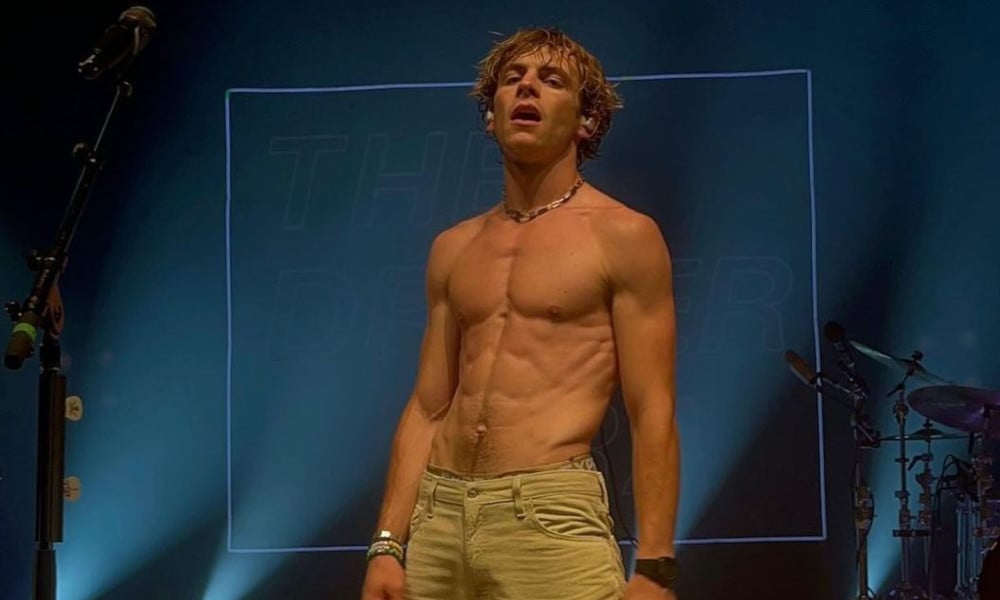 Everyone Is Thirsting Over Shirtless Ross Lynch

Videos of former Disney star Ross Lynch shirtless in concert are circling the internet — and we can see why.

Chilling Adventures of Sabrina actor Ross Lynch is currently touring with his brother Rocky and their band, The Driver Era, all over North America. Lynch was also the lead singer in a band with his siblings called R5. His acting career started on Disney Channel, where he played Austin Moon in the Disney Channel series, Austin & Ally, and then Brady in the DCOM Teen Beach Movie.

TikTok users are seeing a different side of Lynch as he strips down and shows off his perfect six pack during his live performances. One user named @allielbrown posted a video from the front of The Driver Era’s concert. A very sweaty and shirtless Lynch is singing his heart out, but most users can’t get over the 26-year-old’s appearance.

Let’s see what Twitter has to say about Lynch.

WHAT THE FUCK COULD ROSS LYNCH BE SINGING ABOUT WHERE HE LOOKS LIKE THIS??? pic.twitter.com/kxzFXX13c4

And there’s more where that came from. Since the initial video, videos of Lynch have been popping up everywhere as the internet goes crazy for the singer.

Lynch has been sharing snippets from the tour on his personal Instagram page and wrote, “every night feels like a slumber party. All smiling and dancing with each other. It’s really special. Thank you for making this Tour amazing. Y’all are the best.”

Where can we get a ticket to the next show?

Everyone Is Thirsting Over Shirtless Ross Lynch