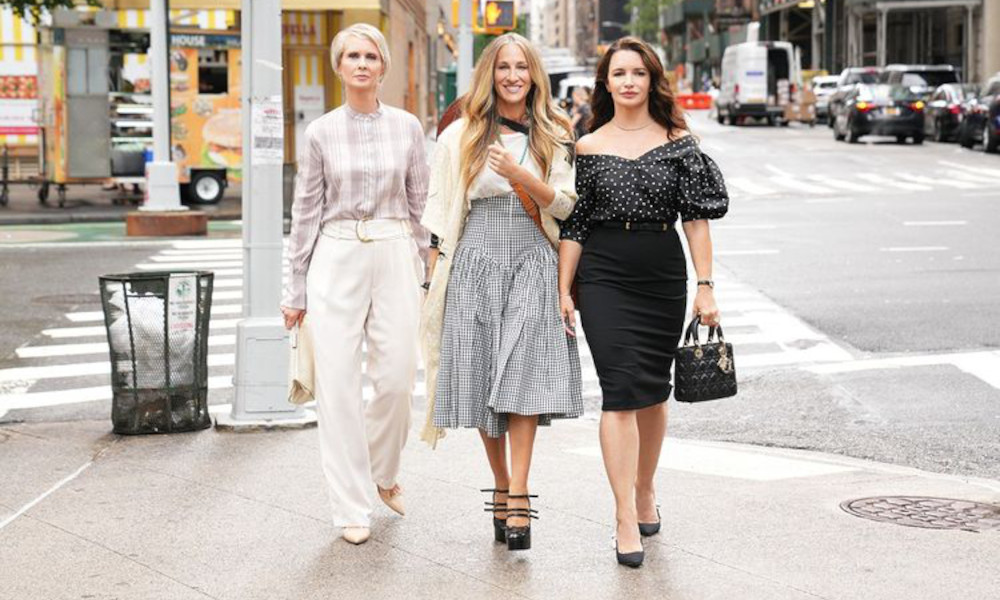 And just like that, season two is on its way!

Carrie, Miranda and Charlotte strutted the streets of New York City once again when the Sex and the City spinoff, And Just Like That…, premiered on HBO Max last year. Though viewers have mixed feelings on the revival, the series is officially returning for another season.

Season one brought back many members of the original cast, including the iconic Sarah Jessica Parker, Cynthia Nixon, and Kristin Davies as well as David Eigenberg as Steve, Evan Handler as Harry, and the late Willie Garson as Stanford. Chris Noth also temporarily reprised his role as Mr. Big before he was killed off in the first episode. After his train of messy sexual assault allegations, it is unlikely he will return for another season, even in flashbacks.

Who is Returning For Season Two?

“I am delighted and excited to tell more stories about these vibrant, bold characters—played by these powerful, amazing actors. The fact is, we’re all thrilled. And Just like That…, our Sex life is back,” Michael Patrick King told Deadline.

Not much has been said about this next chapter, but we do, know SPJ is along for the ride. The actress posted a teaser to her Instagram account with a photo of the script for season two, episode one. “Just this much. For now,” Parker wrote.

Sara Ramírez, who plays newcomer and nonbinary podcaster Che Diaz, also posted a picture of the script and their name plate at what looks to be a table read.

Miranda’s character has been claimed by the LGBTQ+ community since the original series aired, but now, she is having her sexual awakening right before our eyes. In season one, she admitted to not being happy in her relationship with Steve. And by episode five, she was having steamy sex with Che (in Carrie’s kitchen!). During an interview with Variety, Ramirez hinted that this next season will dive even deeper into these characters and their stories.

“The first season was judging a book by its cover, and Season 2 is about reading the book,” they said.

No date has been announced for season two, but with the actors back together, it’s a matter of time before filming officially begins.

And this isn’t the only role SPJ is reviving this year. You can see her as Sara Sanderson in the sequel to the cult classic, Hocus Pocus. The film will premiere on Disney+ on September 30.