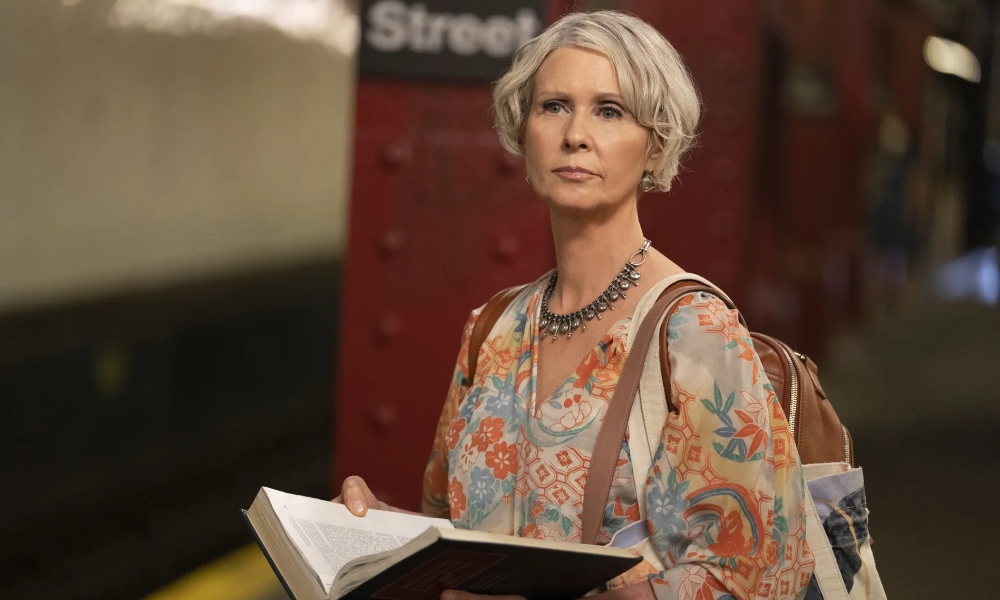 Cynthia Nixon Says ‘And Just Like That’ Was Almost Miranda-Less

Sex and the City, which Cynthia Nixon, Sarah Jessica Parker, Kim Cattrall and Kristin Davis, was groundbreaking during its run between the late 90s and early 2000s. However, the characters at times said some seriously messed up things, such as claiming bisexuality is “just a layover on the way to Gaytown.”

Nixon, who plays Miranda Hobbes in Sex and the City and And Just Like That, told Elle UK she hadn’t forgotten about the show’s mistakes when they first started talking about a reboot. “It’s part of the reason we wanted to do the show,” Nixon admitted. “To go back and [undo] the things that we really got wrong.”

She said at first,  she was hesitant to sign on.

“As wonderful as [SATC] is, to do that show right now would be incredibly tone-deaf,” Nixon said. “So I was really worried that the transformation wouldn’t be big enough, and my fears are very allayed.”

Nixon also revealed her fears almost caused her to turn down the role in the revival.

“I was nervous about the whole thing,” she said. “I was very reluctant at first. I said I probably wasn’t going to sign back on because I felt like there would have to be a sea change to happen to make this show.”

And Just Like That… it seems like the show is striving towards change. It now includes characters with a range of ethnicities with various identities.

Fans can catch the episodes of the revival on HBO Max.

Cynthia Nixon Says ‘And Just Like That’ Was Almost Miranda-Less