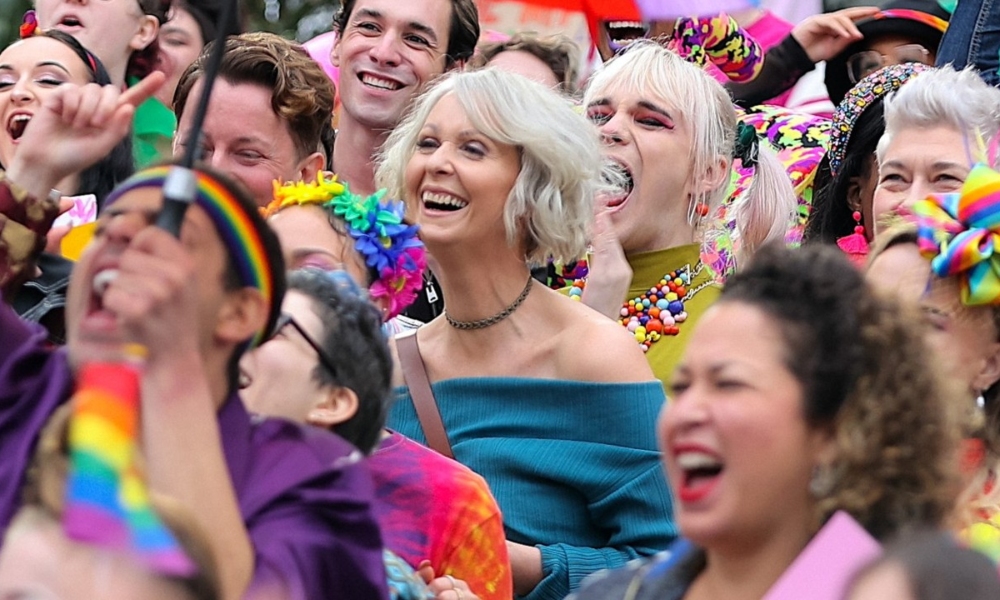 The rumors that this Sex and the City character is gay are stronger than ever.

In new And Just Like That set photos, we see Miranda Hobbes, played by out actress Cynthia Nixon, at what appears to be an LGBTQ+ rally.

The images show rainbow decor and signs that read “equality for all” all over the streets of New York City, with Miranda right in the center of it all.

And, she isn’t alone at the rally. Based on the photos, it looks like she meets up with new non-binary character Che Diaz, played by actor Sara Ramirez. She might even bring Che a coffee to the event (feel free to interpret that however you want).

Che is a comedian and podcaster who, from the looks of the trailer, has Carrie Bradshaw come on their show every once in a while.

Fans also picked up on a few short scenes in the trailer which suggest Che and Miranda will have more scenes together in the series. We’ll have to watch and find out!

The Sex and the City reboot And Just Like That premieres on HBO Max on December 9.