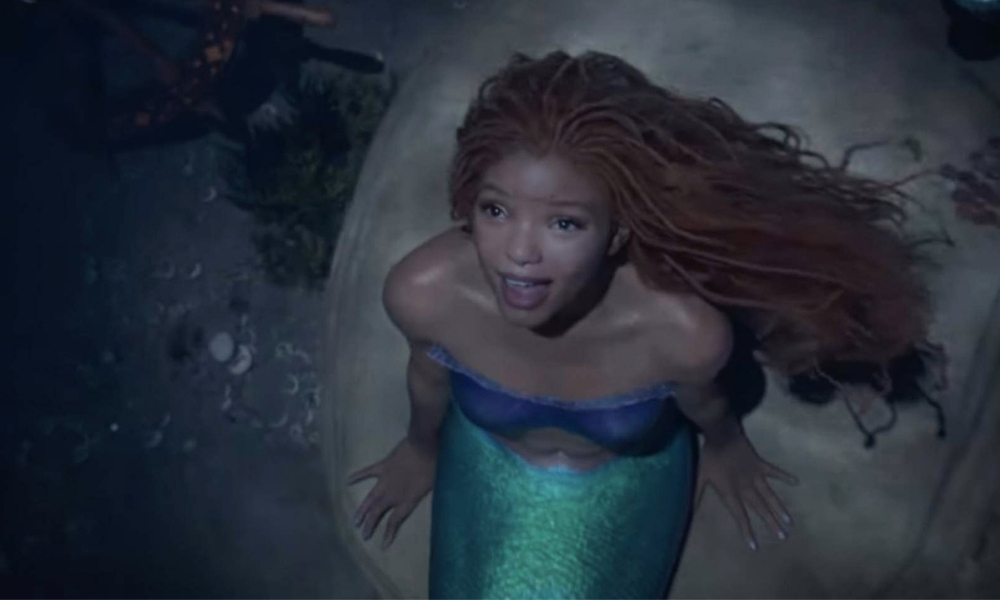 Get ready for an under-the-sea experience with Disney’s upcoming live-action adaptation of The Little Mermaid.

R&B singer Halle Bailey is swimming to a theater near you, and we finally have a first look at the singer as the iconic red-headed mermaid.

Disney released a magical teaser trailer for the upcoming film at their annual D23 expo on Friday. The video shows Bailey as Ariel singing a small part of the iconic song, “Part of Your World.”

Joining Bailey is Daveed Diggs as the voice of Sebastian, Jacob Tremblay as the voice of Flounder, Awkwafina as the voice of Scuttle, and Jonah Hauer-King as Prince Eric. Art Malik will also star as Sir Grimsby with Noma Dumezweni as Queen Selina, Javier Bardem as King Triton, and Melissa McCarthy as the evil sea witch Ursula.

The Rob Marshall directed film will include songs from the original animated picture and four new songs written by Lin-Manuel Miranda and Alan Menken.

The Little Mermaid will release in theaters on May 26, 2023.