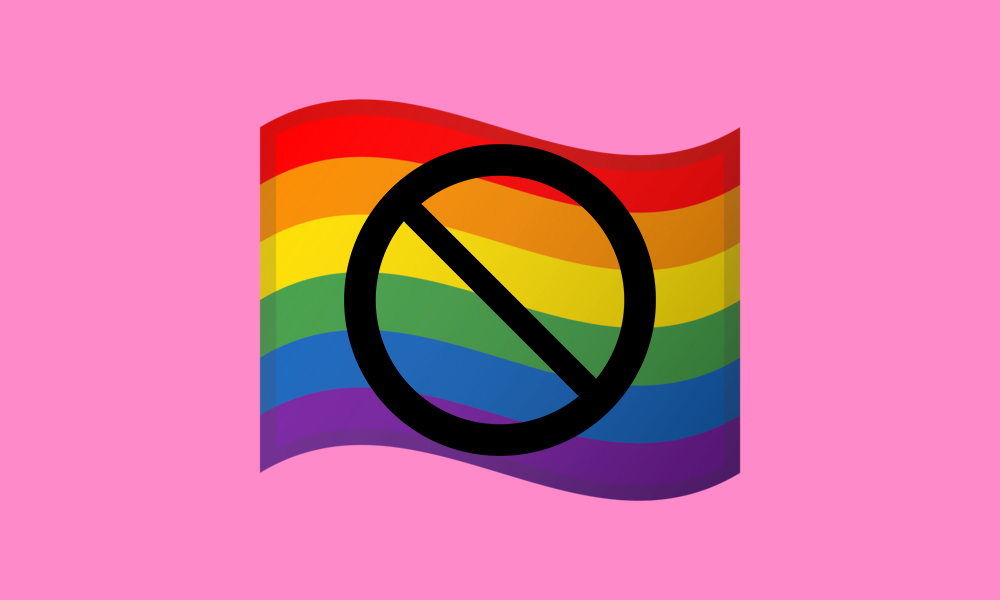 By now you have probably seen the emoji featuring a rainbow flag overlaid with the international prohibition sign. Although the icon is not official, it took social media platforms by storm as trolls used it to spam LGBTQ accounts.

The unauthorized antigay emoji is only apparent on mobile devices; on desktop it displays as a rainbow flag followed by the the international prohibition sign. Regardless, the intent behind the homophobic symbol is clear.

Many speculated that the hateful emoji was a glitch. However, founder and editor in chief of Emojipedia Jeremy Burge set the record straight. He explained that the homophobic emoji is “not a glitch” and that it is “literally how that character works in combo with any emoji or character.”

Although many accounts were spammed by the discriminatory emoji, the @LGBT Instagram account experienced a “wave of hate-filled comments”.

A spokesperson for the account told Gayety, “We were bombarded by comments featuring the anti-pride flag. Yesterday, we shared an image of Ariana Grande waving a rainbow flag during a performance. The post garnered more than 5,600 comments in the first hour and 90 percent of those comments included the antigay emoji.”

They continued, “Because of the volume of spam, we felt compelled to expand content moderation. @LGBT and @LGBTQ are meant to be safe places for queer people to gather and make meaningful connections. We’re determined to make that vision a reality.”

Double tap if you love @arianagrande as much as we do! 🏳️‍🌈 #ArianaGrande #LGBT #LGBTQ