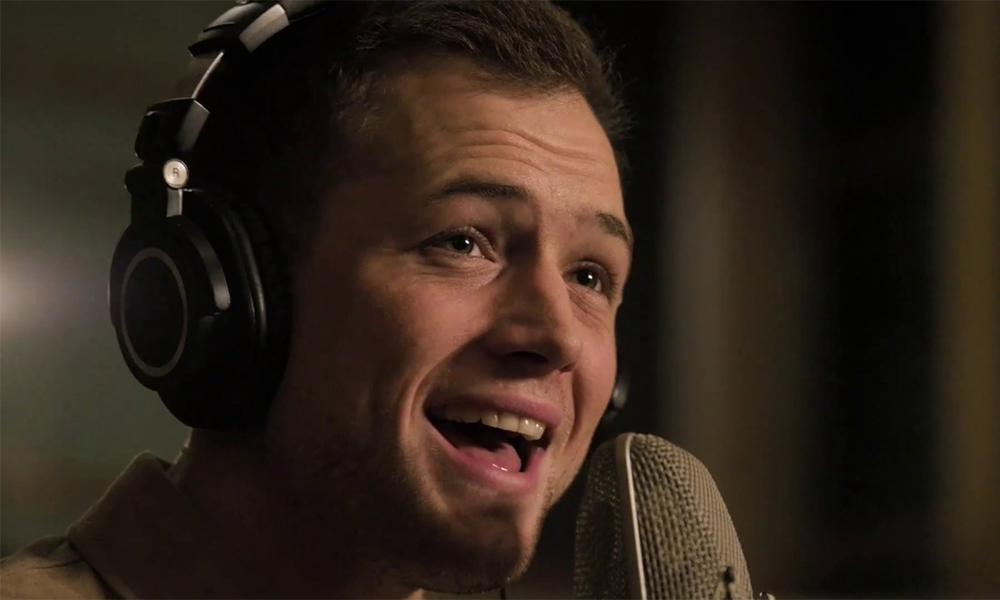 The film, a fantastical recounting of the rock legend’s life, is set in the 1970s and stars Egerton in the lead role. In a fresh clip, we get our first look at Egerton singing John’s iconic song, “Tiny Dancer” as the film’s director and music producer talk about the decision to have Egerton re-record John’s popular singles.

“Elton said, ‘I don’t think I’ve heard anyone sing my songs better than Taron,’” says the film’s music producer Giles Martin, who maintains John wanted the film’s soundtrack to be covers of his catalog.

In the clip, we also witness the moment John met his longtime lyricist Bernie Taupin (Jamie Bell) and his manager and lover John Reid (Richard Madden).

Last November, Egerton made headlines when he hinted at coming out on Instagram, but he later confirmed that he is straight. He told Radio Times, “One of the lads was at my London flat, and I Instagrammed a picture of him and said ‘Look at this cutie,’ and a million outlets reported I was coming out as gay … I’m not gay, but two of my mates came out when I was 15, and it was a joy to support them because, as a group, we are all secure in who we are.”