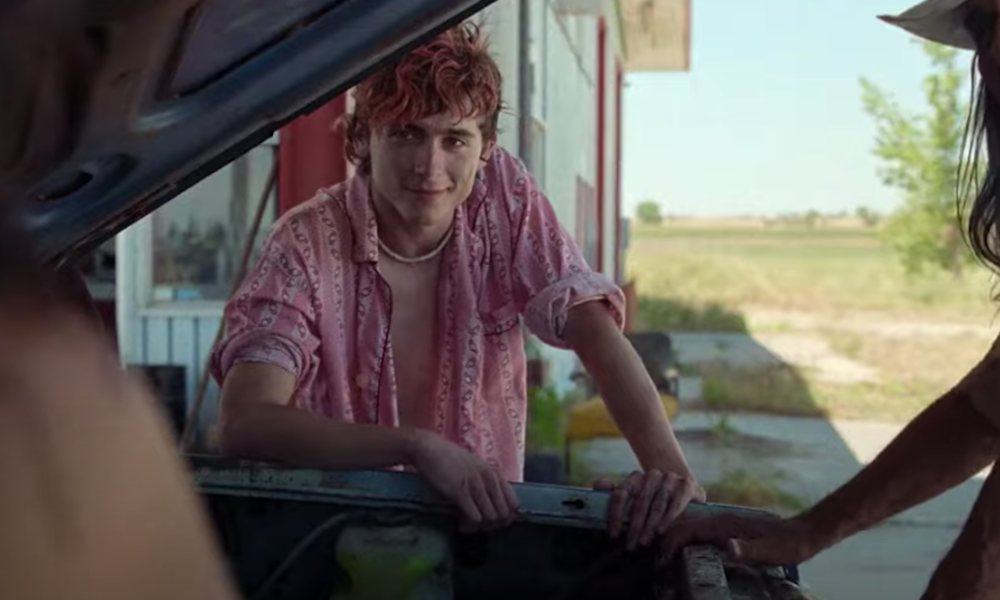 It’s a weird week for Call Me By Your Name fans.

Timothée Chalamet is reuniting with Luca Guadagnino, the director behind the iconic queer romance Call Me By Your Name, in a new twisted drama.

Fans were confused when Chalamet tweeted a series of unsettling messages, all of which had something to do with bones.

All was soon revealed when the Dune actor shared a teaser for his next movie, Bones and All. In it, Chalamet is a pink-haired cannibal in love with Maren, a woman who also enjoys having a person for dinner. Yes, you read that correctly.

“You don’t think I’m a bad person?” Chalamet asks at the start of the trailer. Usually, we would say no. But it sounds like his character will be eating a lot of people. So maybe?

The film description reads, “a story of first love between Maren, a young woman learning how to survive on the margins of society, and Lee, an intense and disenfranchised drifter, as they meet and join together for a 1,000-mile odyssey that takes them through the back roads, hidden passages, and trap doors of Ronald Reagan’s America. But, despite their best efforts, all roads lead back to their terrifying pasts and to a final stand that will determine whether their love can survive their otherness.”

The Release of the Bones and All Teaser is… Ironic

The Call Me By Your Name reunion comes one day after Discovery+ announced a new docuseries revealing the truth behind the allegations against actor Armie Hammer. Hammer played Chalamet’s love interest in the 2017 film. The series includes voice memos and accounts from victims who say Hammer was abusive and had cannibalistic urges. It’s a crazy world we live in.

Bones and All is set to make its world premiere at the 2022 Venice Film Festival in September.  It is based on the novel of the same name by Camille DeAngelis and will premiere in theaters in November.