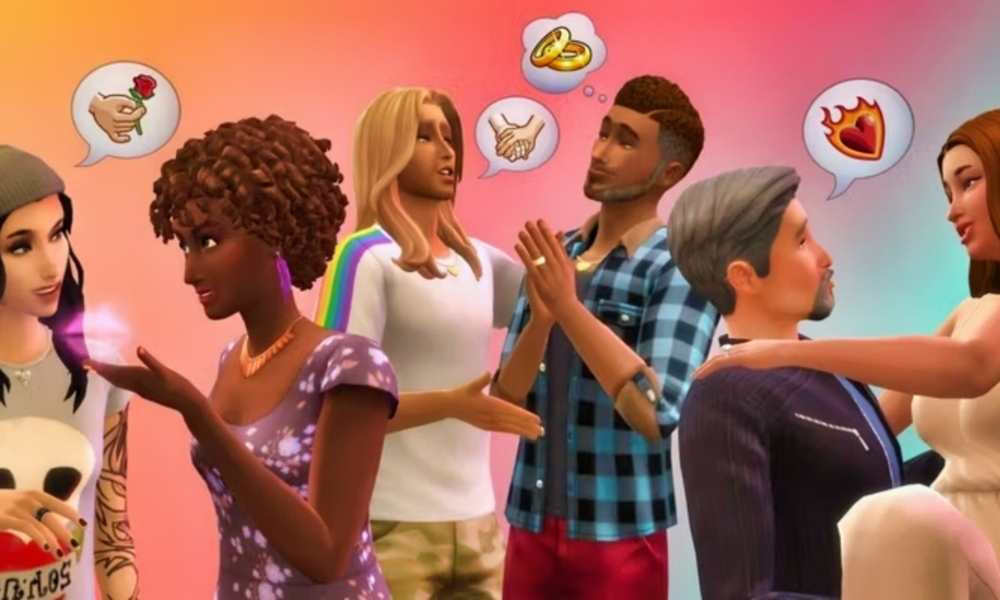 Sims Can Now Be Asexual or Aromantic

The Sims 4 has done it again; players can now create asexual or aromantic Sims.

The Sims 4 players can now select sexual orientations for their simulated lives, including aromantic and asexual.

The trailblazing game has added new updates to bring more diversity to its customizable avatars. Players will get a free update and the game’s latest expansion pack, The Sims 4: High School Years.

“With this one, you’ll be able to define your Sims’ romantic interests, and also their physical interests,” The Sims 4 senior designer and design lead Jessica Croft told Pride. “We’re cleaving those two apart; those are separate things because we want to be able to reflect a broader range of stories, including asexual and aromantic Sims as well.”

Previously, The Sims 4 added an update that allowed users to select their characters’ pronouns. The options included they/them/their, she/her/hers, he/him/his, or the option to add custom pronouns.

With the Sexual Orientation update coming at the end of the month, the options for queer players are only getting better. Still, there is more to do.

“You can check any combination of attraction boxes (including all or none) to reflect your sim’s s romantic orientation,” reads the official statement. “Further down the line, we’ll be able to expand this to include more gender identities that we don’t have at this time.

“I understand that there will be concerns here around the initial options being gender binary. Mechanically, nonbinary Sims don’t yet exist in TS4. While we made great progress in representing non-binary Sims with the pronouns update, we acknowledge that pronouns are not the same thing as gender identities. We recognize that we still have a ways to go in this regard.

In addition to choosing their sexual orientation, gaymers can also select “Yes” or “No” to “exploring romantically.”

Sims set to “No” for exploring will not shift orientation through gameplay and firmly reject advances from genders they aren’t interested in. However, Sims set to “Yes” can change their selected sexual orientation as the game progresses.

Sexual Orientation will be available to all players when High School Years is released.

Sims Can Now Be Asexual or Aromantic