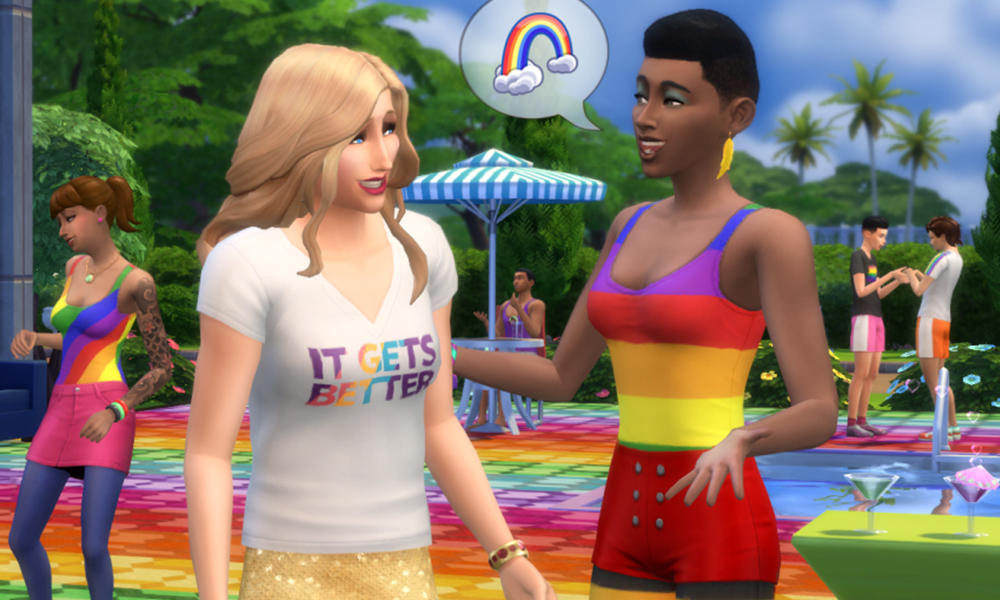 ‘The Sims 4’ Will Add Inclusive Pronouns in New Update

Gender-inclusive pronouns are on the way to ‘Sims 4.’

The Sims 4 developers provided an update for expanding the game’s plan to become inclusive. Last week, the developers said on a Twitch Livestream that the update is still a work in progress but, players will soon be able to select whichever pronouns they would like.

Hello, My Pronouns Are…

According to The Sims 4 developers, players will get met with the message “Hello, my name and pronouns are:” while they are on the “Create-A-Sim” screen. The drop-down will include “they/them/their,” “she/her/hers,” “he/him/his,” and allow users to select their own custom pronouns. The game will also protect users with in-game filters. The filters will be similar to the game’s existing profanity filter and will be used to stop players from abusing pronouns.

But they aren’t creating the update alone. They announced they are working with LGBTQ+ groups; It Gets Better and GLAAD. “Our language shapes the world around us and how we interact with the world,” Rae Sweet, It Gets Better’s education coordinator, said.

We Know Who We Are

Sweet spoke on the Livestream sharing the importance of finding the correct pronouns had in their lives. “The day that I tried on they/them pronouns for the first time was the day I was first ever able to recognize myself in the mirror. Which, as you can imagine, is life-changing.”

“I just know that giving people a space to play in The Sims and play with pronouns and be who they want to just give them so much room to explore and find themselves and be their true authentic selves, especially in a society where they might not be able to in real life,” they added.

The Sims 4 game designer Rachel Gilbert said the upgrades will allow for a more welcoming and inclusive space. “It’s really validating to see your pronouns, I really can’t underscore that enough,” Gilbert said. “It’s reassuring and it’s like a little checkbox – we’re all good here, we know who we are.”

‘The Sims 4’ Will Add Inclusive Pronouns in New Update