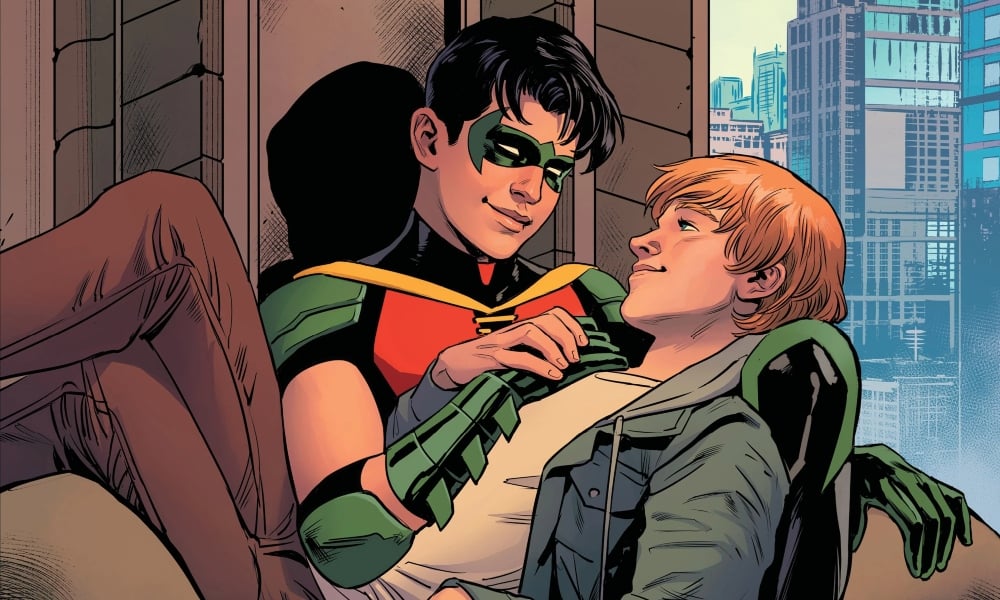 Tim Drake is fulfilling our queer superhero dreams on the new cover of “Tim Drake: Robin.”

It’s the issue we have been waiting for! Tim Drake – aka Gotham City’s vigilante Robin – has been dating his boyfriend, Bernard, for over a year.

DC Comics shocked and amazed fans when it introduced its first bisexual Robin in the #4 issue of “Batman: Urban Legends” in 2021. In case you forgot, this is how it went down. Tim’s friend Bernard was kidnapped by the Chaos Monster before their planned dinner together. Robin must attempt to save his friend from evil forces while also struggling with his feelings toward the boy. In the end, Robin saves the day and learns that Bernard has a crush on his other identity.

“I’m really glad you got home okay. I was relieved,” Tim told Bernard later in the issue. “And I’ve been doing a lot of thinking about that night, and I – I don’t know what it meant to me. Not yet. But I’d like to figure it out.”

“I was hoping you would,” Bernard replied. “Tim Drake… do you want to go on a date with me?” 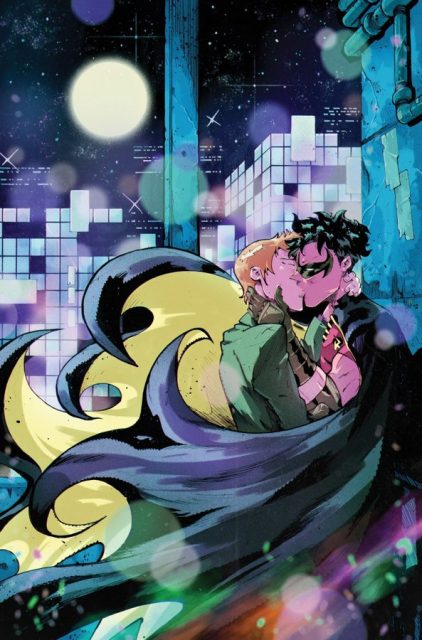 Fast forward to this year, the comic is feeding us once again with a beautiful illustration of Robin kissing his boyfriend under the twinkling Gotham City lights.

Related | Ben Platt and Noah Galvin Are Engaged: ‘He Agreed to Hang Out Forever’

DC Comics describes the issue as follows: “Tim Drake comes face-to-voice with the villain who’s been taunting Tim by using his metahuman powers to create ghostly animals. When Moriarty’s identity is revealed, all hell breaks loose in the marina. Can Tim keep things afloat, while simultaneously dealing with his relationship with Bernard?”

The next issue of “Tim Drake: Robin” is written by Meghan Fitzmartin with art by Ricardo Lopez Ortiz. You can read it (and frame the art on your wall) when the issue releases on February 28, 2023.