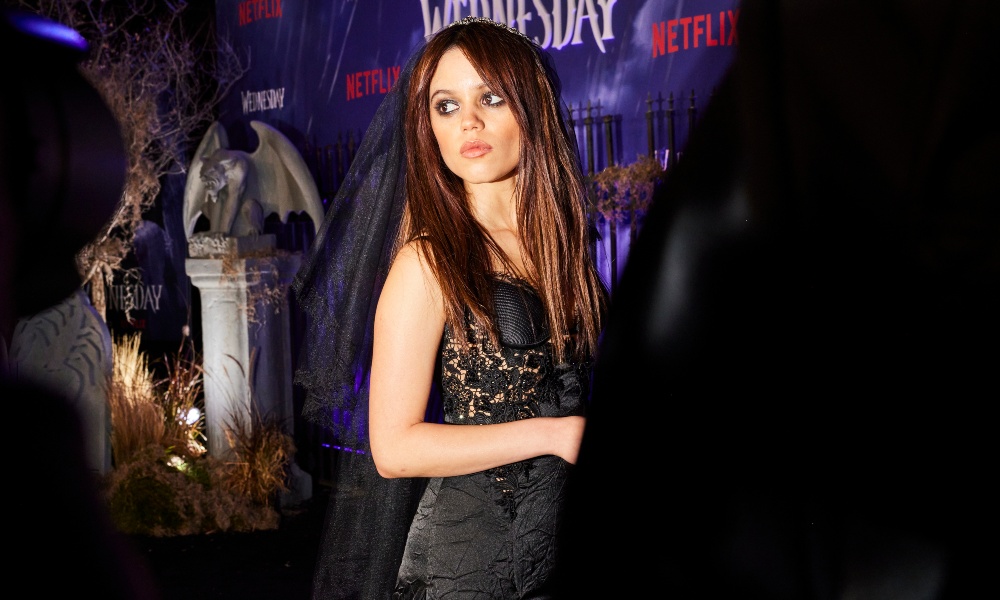 Jenna Ortega Dishes on Why Wednesday Addams is a Gay Icon

“I feel like people want to see powerful women with powerful women,” Jenna Ortega tells Gayety about her character in the new Wednesday series.

Netflix’s new Wednesday series puts a new spin on an old classic. Yes, the family is still creepy and kooky, but Tim Burton’s revival puts an appreciated emphasis on spooky.

The supernatural series follows Wednesday Addams during her adventurous years at Nevermore Academy. Wednesday tries to navigate her feelings towards her peers all while learning to master her psychic abilities, stopping a monstrous killing spree that has terrorized the local town, and solving the murder mystery that embroiled her parents 25 years ago. Easy, right?

Why We Love This Ooky Family

Since audiences first met The Addams Family through their television screens in 1964 (based on the Charles Addams comic), they have been enraptured with these characters. They’re odd and don’t fit in with most of their environments, but they don’t care. The eldest daughter Wednesday especially has no interest in fitting in with mainstream culture. She’s monotonous, honest, cunning and brave. It’s no wonder the LGBTQ+ community is drawn to her otherness, (and the iconic goth vibes help).

Our own Caitlynn McDaniel caught up with Netflix’s Wednesday cast about the grim-looking girl and why she’s a beloved queer icon.

“I think because she’s a badass,” said Scream star Jenna Ortega. “She’s cool, she’s got a nice sense of style, but she’s somebody who embraces her differences and isn’t out to please anybody. And I feel like that’s a really, really powerful thing to see.”

Season one of Wednesday is streaming now on Netflix. Watch the full interview with Jenna below!

Jenna Ortega Dishes on Why Wednesday Addams is a Gay Icon