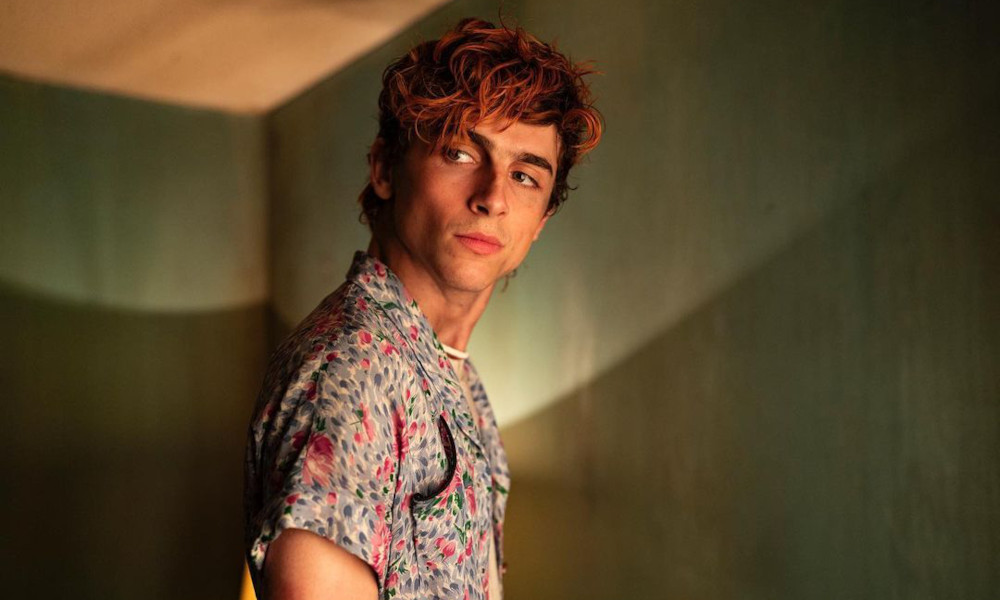 Timothée Chalamet Gets Handsy With a Man in ‘Bones and All’

What else would we expect from a Guadagnino and Chalamet movie?

The new Luca Guadagnino movie Bones and All has had us in a chokehold since Timothée Chalamet appeared in the trailer, looking like the pink-haired twink of our dreams. The basis of the film also drew us in, with its leads playing two outsiders who find safety and sanctuary in each other. But the film is proving to be gayer than we anticipated.

Warning! This post contains spoilers from Bones and All.

Bones and All follows Chalamet’s character Lee and Waves actress Taylor Russell’s Maren, two cannibals who venture out on a backpacking journey through the American countryside. The trailer hints at the haunting romance between Maren and Lee, but the film has more than a few surprises (once you get over the eating people thing).

According to Out, the audience meets Lee’s little sister later in the film. She comments to Lee about his appearance, saying he looks “like a f****t.” He is upset by the slur, but we don’t know the extent of his feelings until later.

Chalamet Sneaks Off With a Man

While attending a carnival with Maren, Lee starts exchanging lingering glances with one of the vendors. The sexual tension is thick between them as Lee plays his little game and then agrees to meet him after the fair in a cornfield. Lee and the vendor start making out, but it quickly escalates to giving him a handy. Enter Maron. She’s watching the interaction unfold when all of a sudden, Lee slits the man’s throat and dinner is served.

Yes, Lee was likely luring the man out there to eat him, but the added spice to the scene suggests his character is bisexual. Why else would you play with your food?

Based on Camille DeAngelis’ novel of the same name, Bones and All first premiered at the Venice Film Festival. “There is something about the disenfranchised, about people living on the margins of society, that I am drawn toward and touched by,” Guadagnino said in a statement. “I want to see where the possibilities lie for them, enmeshed within the impossibility they face.”

“The movie is, for me, a meditation on who I am and how I can overcome what I feel, especially if it is something I cannot control in myself. And lastly, and most importantly, when will I be able to find myself in the gaze of the other?”

You can see Bones and All in theaters November 23. Watch the trailer below.

Timothée Chalamet Gets Handsy With a Man in ‘Bones and All’