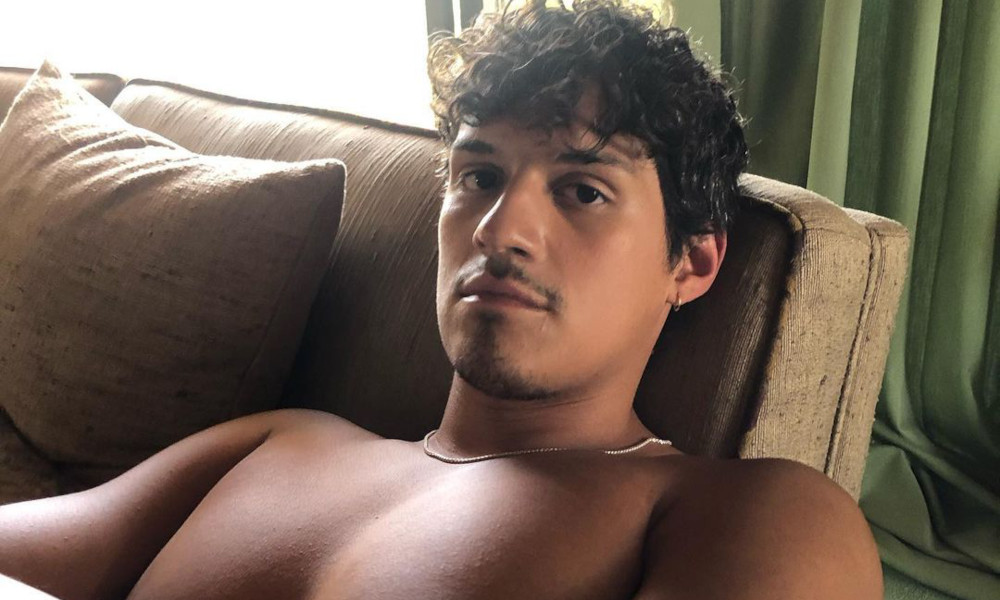 Gay R&B artist Omar Apollo is not messing around regarding queerbaiting accusations.

The Grammy-nominated singer has joined the frustratingly long list of celebs accused of queerbaiting over the last few months. Many of Apollo’s songs mention same-sex love, and some fans are worried he’s doing it for attention.

Related | Heartstopper Star Kit Connor Comes Out as Bisexual, Says He Was “Forced”

Twitter user @purposeflaming shared their concerns on the social media app and said, “Is Omar Apollo another queerbaiting singer? Like those type ‘I don’t label myself, let me wear cropped and paint my nails and I say I find another guy hot’ cuz I like his song but I don’t like supporting straight men doing queerbating.”

Apollo was more than happy to set the record straight (though that’s the only thing that’s straight around here).

“No i b sucking dick fr,” Apollo commented. Simple but effective.

no i b sucking dick fr https://t.co/quomgO6QUg

There is no way fans can continue to question his sexuality after a confession like that. But just in case, Apollo shared another fun fact with his followers.

This is not the first time Apollo has been honest about his sexuality. In an interview with NPR, the “Evergreen” singer said he used to try to be mysterious, but now he publicly identifies as “very gay.”

“I don’t really care. I feel like in the beginning, I was trying to be mysterious and stuff, but now I’m just like — I’m very gay, so I’m just like, whatever. It’s funny, every time I’m doing an interview, they’re like, ‘You don’t like to…’ I’m like, ‘D***, do I really come off like that?’ But no, I’m totally about it. Maybe I was trying to keep the mystique, you understand? But I don’t even care anymore.”

Related | Matty Healy Makes Out With Male Fan On Stage

Stars Who Can’t Catch a Break

Other stars who can’t escape queerbaiting accusations include “As It Was” singer Harry Styles and Heartstopper actor Kit Connor. Connor recently came out as bisexual but said he felt forced to share his sexuality publicly.

“I’m bi. Congrats for forcing an 18-year-old to out himself. I think some of you missed the point of the show. Bye.”