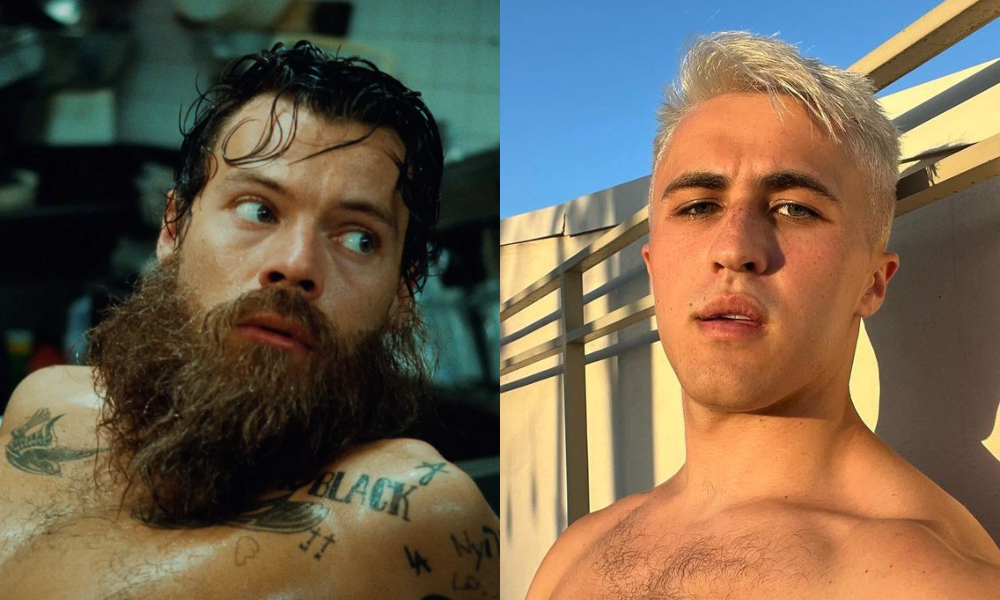 ICYMI: Harry Styles replied, “yes?” after reading a sign that asked, “daddy?” and we’ll never be the same again.

At what is now becoming somewhat of a tradition for the pop star, Styles hosted his Harryween party at The Forum in Los Angeles earlier this week. Everyone dresses in their finest costumes to see the Grammy Award-winning singer perform usual Love on Tour set, with a few tricks and treats.

One treat from this concert came while Styles took his standard break from performing to interact with his fans. Attendees of his show know to bring posters with various sayings and jokes on them in hopes that it will catch the “As it Was” singer’s attention. This time, the sign came from popular TikToker Chris Olsen.

His sign, which read, “Daddy?” on it, first caught the eye of the cameraman and made it to the jumbo screens. When fans spotted the sign, they erupted in cheers, a commotion that made Styles run over to the monitor.

“Is that what you were screaming for?” Styles asked his audience. “How are you, sir?” he asks while walking over to where Olsen is standing.

He then points to the sign and answers, “Yes?”

Fans went wild over Styles’ response and only got louder as Styles, continued to ask, “yes?”

“I fear that there may be a communication breakdown from this distance. But just know, yes?” Styles says before walking back to the main part of the stage.

Harry Styles reacts to a fan calling him “Daddy” at his #Harryween show. pic.twitter.com/DHlicbIpfs

Chris Olsen Responds to Being Noticed By Harry Styles

Immediately after the interaction, the internet buzzed over the 28-year-old playfully acknowledging the “Daddy” sign. Olsen shared a reaction video with his 8 million followers on TikTok, which showed the creator sitting in shock in his living room with the poster behind him.

Fans were also shocked when Styles rose from the stage dressed as Danny Zuko from the classic 1978 film, Grease. His band also dressed up as characters from the film. But the biggest shock of the night came when Styles sang his version of Olivia Newton’s “Hopelessly Devoted to You.”

Idk about you but Harry Styles covering hopelessly devoted to you dressed as Danny changed the trajectory of my lifepic.twitter.com/imRCwIf5Yh

Last year, Styles dressed up for two of his Halloween-themed shows at Madison Square Garden. The first night he wore a custom designed Dorothy outfit from The Wizard of Oz complete with the dress, basket, and ruby red slippers. Night two had him channeling the spookier side of the holiday as he and his band dressed up as extravagant clowns.