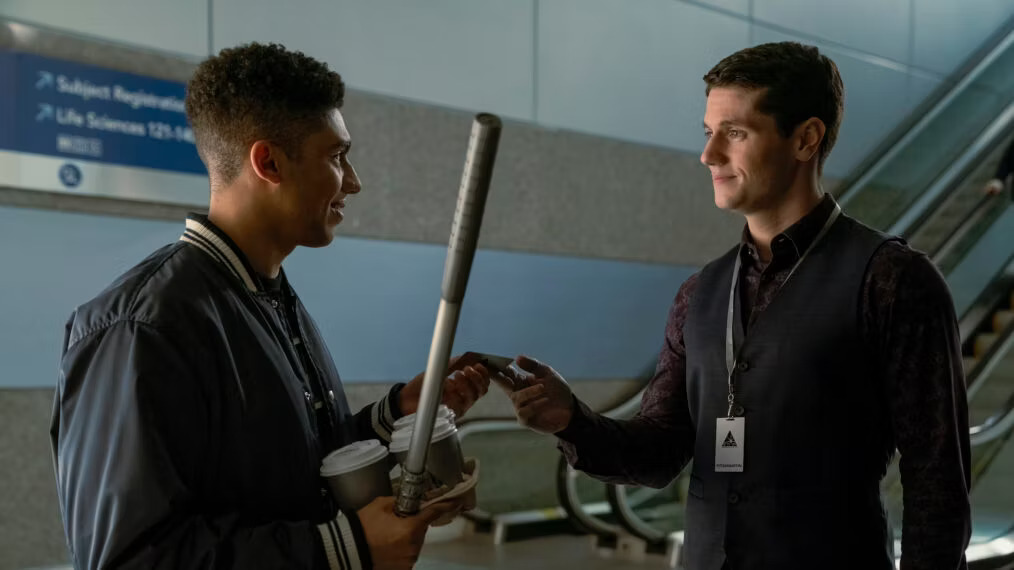 DC fans went wild when the popular comic Batman: Urban Legends revealed that Robin (Time Drake) is bisexual. In issue six of the comic, Tim must save his good friend Bernard after he is kidnapped by the sinister Chaos Monster. When Robin arrives to rescue Bernard, he confides in the super and tells him about his crush and his sexuality. Without realizing it, Bernard tells Tim his crush on him is what made him realize he is gay. After justice is served and Bernard is home safe, Tim pays him a visit, and feelings are shared.

“I’m really glad you got home okay. I was relieved,” Tim says. “And I’ve been doing a lot of thinking about that night, and I – I don’t know what it meant to me, not yet. But I’d like to figure it out.”

“I was hoping you would,” Bernard replies. “Tim Drake, do you want to go on a date with me?”

Jump forward to season three of HBO Max’s Titans series, Tim Drake has arrived! Played by Jay Lycurgo, Robin is preparing to fight crime alongside the group of young supers, which includes Dick Grayson, Raven, Jason Todd, Beast Boy, and Hank Hall. Though fans are excited to see Tim make his Titans debut, many have been anxiously awaiting the arrival of Bernard and the inevitable romance between the two teens. Luckily, the wait is almost over!

The streaming service has released teaser images and videos promoting the fourth season of Titans, and Bernard (James Scully) has officially joined the cast. So far, all we know is that he works in the S.T.A.R. Labs as a scientist who specializes in dealing with “big personalities.”

In a teaser posted to Twitter, Tim asks Connor to take a photo of him so he can send it to “that guy.”

titans are heading back to metropolis.

Showrunner Greg Walker also confirmed the budding romance to TV Insider. “Bernard will work side-by-side with the Titans as they battle the dark forces of Metropolis,” he said. “[Eventually] growing closer to Tim and putting himself in danger along the way.”

BERNARD IS IN TITANS THIS IS NOT A DRILL- https://t.co/gDVAm3Bjle

Titans season four will premiere on HBO Max on November 3. Watch the trailer below!