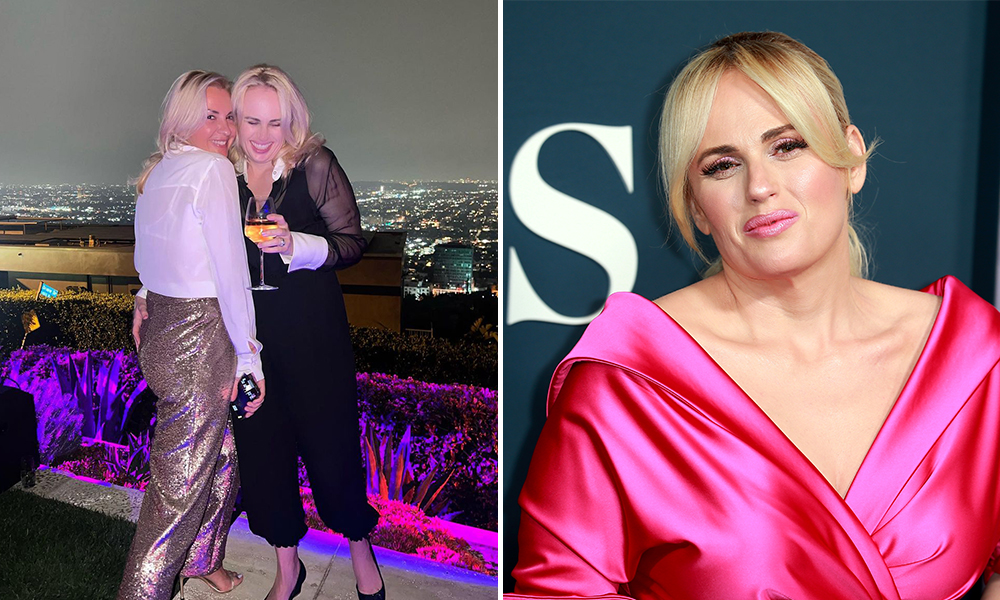 Rebel Wilson Opens Up About Being Forced to Come Out

When Rebel Wilson went public about her relationship with Ramona Agruma last June, the response was joyful. Unfortunately, the news was—at least in part—overshadowed. Following Wilson’s announcement, Sydney Morning Herald columnist Andrew Hornery penned a piece where he bitterly explained that her coming out got ahead of him breaking the news. In a shockingly entitled move, Hornery complained that Wilson only went public because he had threatened to out her himself. According to Hornery, it was out of “respect” that he gave Wilson two days to comment. If Wilson failed to comment, Hornery would likely have had no issue outing her himself. Hornery didn’t have to tell on himself like this but, bizarrely, he felt slighted that Wilson told her own story.

Related | Rebel Wilson Has a Girlfriend

Wilson made no mention of these threats in her coming out post. A move that Hornery should have been grateful for, but he simply had to insert himself into the conversation. Wilson opened up about this when the Sydney Morning Herald piece started making the rounds. She responded to one user on Twitter, calling the ordeal a very hard situation and that she tried to “handle it with grace.” This was the most we heard from her about the situation, until now.

Thanks for your comments, it was a very hard situation but trying to handle it with grace 💗

In a recent interview with The Australian, the 42-year-old actress spoke candidly about her experience. “I just thought it was kind of grubby behavior,” she told reporter Ellie Dudley. “Basically, with the situation where a journalist is threatening to out you, you’ve got to hurry, and some people we didn’t get a chance to tell before it came out publicly. And that’s not ideal.” Wilson went on to explain that she and Agruma were not yet out to everyone in their personal lives, and this threat forced their hand. The fallout was particularly hard on Agruma who has less experience in the public eye. Wilson explained that she’s just “not used to having to deal with stuff like that.”

Perhaps the most disappointing aspect of this story is that openly gay men at the Sydney Morning Herald were involved. Folks that should know better. Coming out is an intensely personal process and no one should be forced or blackmailed into doing it when they’re not ready. “There are levels to telling people,” Wilson continued. “You tell your close family and your friends and not everybody.”

As most LGBTQ+ folks come to understand, coming out isn’t usually a one-time occurrence. It’s something that happens over time and will continue to happen in small ways for your whole life. “Across our two families, not everybody is as accepting as what you’d hope for,” Wilson explained. “We were trying to be respectful to those people and tell them in our own way.”

Of course, Wilson shouldn’t have to explain herself in this way. Her reasons for not going public with the relationship yet are between her and her partner. Coming out is incredibly important. Our community depends on folks coming out so that we can advocate for the rights and resources we need. We depend on out folks to show young and closeted LGBTQ+ folks that queer joy is possible. That being said, it is crucial that LGBTQ+ folks have agency over this moment. They must be allowed the time for them to prepare for the potential fallout that can follow coming out.

Ever since Wilson shared her Disney Princess with the world, fans have been celebrating their relationship with glee. Now, rumors of a potential engagement are flying after Wilson was spotted wearing a diamond ring to various events. We’ll leave it up to the couple to make that announcement themself. Andrew Hornery has since apologized for his actions saying he has learned some “new and difficult lessons from this.”

Rebel Wilson Opens Up About Being Forced to Come Out