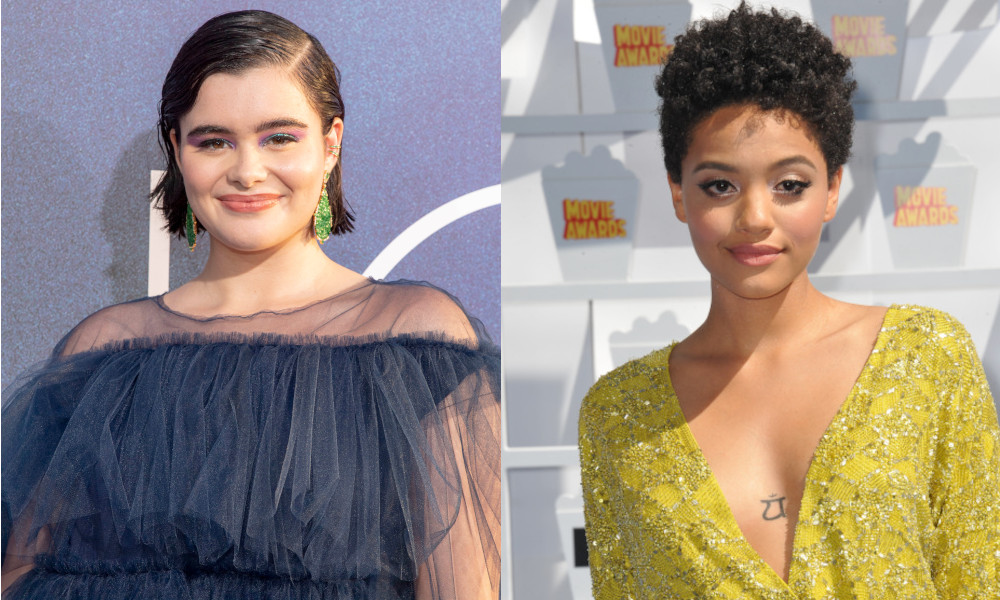 Barbie Ferreira and Kiersey Clemons will star in the upcoming dramedy, The Young King.

Set in the 90s, The Young King follows Jules (Clemons), an aspiring drag king who travels to Las Vegas to reconnect with her estranged father, Mick (Michael Shannon). While there, she also plans to make a name for herself at the largest drag venue in the U.S. But Mick, the legendary gambler and part-time children’s party clown, is not thrilled to see his daughter “presenting masculine, wearing suits” and chasing after the “no-nonsense dancer Ronnie (Ferreira).”

Related | First Look at Ncuti Gatwa as Gay ‘Doctor Who’

A drag king romance between Ferreira and Clemons? Sign us up!!!

The incredibly queer story will also have a killer soundtrack thanks to songwriter Justin Tranter. Tranter is known for writing hits for pop icons such as Lady Gaga and Britney Spears and will serve as an executive music producer for The Young King.

“We are delighted to present Larin’s fresh twist on a classic Vegas story by shining a light on the drag king scene, which is rarely, if ever, seen explored on the big screen,” said Mister Smith Entertainment CEO David Garrett. “Led by our stellar cast, this is an incredibly emotional father-daughter story that will resonate with buyers and audiences.”

Ferreira and Clemons are Keeping Busy

Though The Young King won’t begin production until next year, you can still see Ferreira and Clemons in action. The out actors are currently slated for upcoming projects with major streaming and entertainment companies.

Clemons got their start on television shows like Austin & Aly and Transparent before they landed the role of Cassandra Andrews in Dope. She joins the D.C. Universe in The Flash film as the hero’s love interest Iris West. She will star alongside controversial actor Ezra Miller. Clemons will also appear in the Amazon Studios film Somebody I Used to Know and in the upcoming Apple TV+ series Godzilla and The Titans.

The Young King will begin production in 2023.