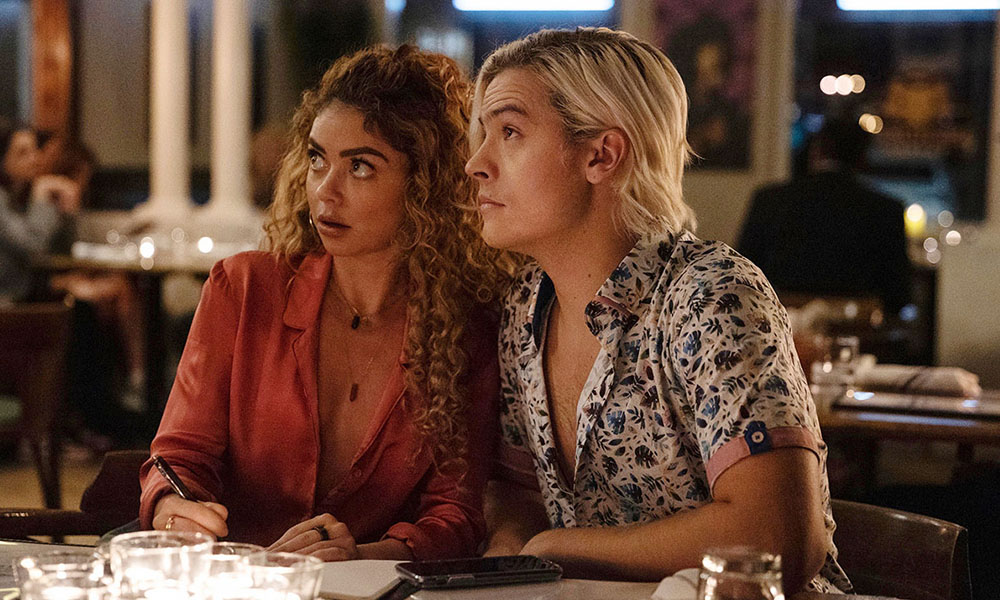 Check Out These Two Queer Films Coming to Amazon

Amazon Prime Video is giving us not only one but two new queer movies!

Two queer films, My Fake Boyfriend and 1Up, from BuzzFeed Studios and Lionsgate, are now coming to Amazon.

Queer rom-com, My Fake Boyfriend, has a star-studded cast, including Keiynan Lonsdale, Dylan Sprouse, and Sarah Hyland. The movie is about “a young man in a tricky situation, who follows the advice of his unconventional best friend (Sprouse) and uses social media to create a fake boyfriend to keep his awful ex-lover out of his life,” the film’s description reads. “But everything backfires when he meets the real love of his life, and breaking up with his fake boyfriend proves hard to do.”

Some very experienced creators are behind the camera too. TV director Rose Troche who’s worked on The L Word, Snowpiercer, and Shameless, is on the movie. Luke Albright, Joe Wanjai Ross, and Greg Boaldin wrote the script.

Meanwhile, 1Up is less of a rom-com. Paris Berelc plays a girl who “quits her college esports team, fed up with gaslighting from her male counterparts, and quickly realizes that her decision comes at the cost of her scholarship,” according to the film’s description. “But, she discovers a loophole to save her collegiate future: if she can find a coach and assemble a whole new varsity-caliber team capable of reaching the State Finals.”

Related | Elliot Page’s Character Is Trans in ‘The Umbrella Academy’

“Valerie turns to her professor, Parker Nesby (Ruby Rose), and together with Valerie’s best friend and fellow gamer Sloane (Hari Nef), they form and train a rag-tag women’s team committed to taking down the boys that tried to shut them out of gaming in the first place.”
Initially, Elliot Page was set to play the professor, but Rose took on the role. Either way, we think it’s still going to be great!

Check out these queer films soon. ‘My Fake Boyfriend’ hits Amazon on June 15th, and ‘1Up’ starts streaming on July 15th in the U.S.

Check Out These Two Queer Films Coming to Amazon