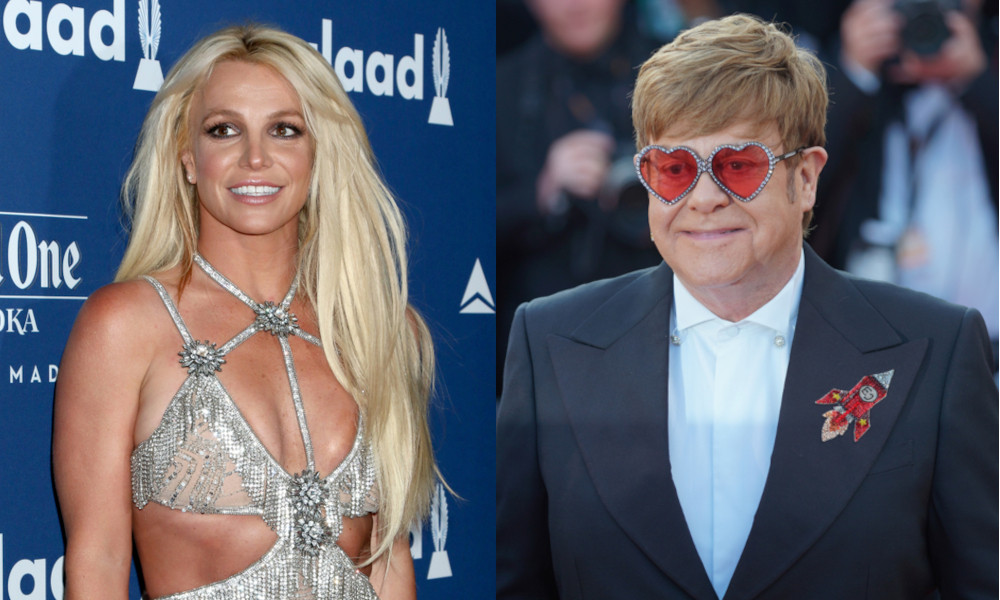 Britney Spears is back in the music game after six years! Her latest release is a collaboration with Sir Elton John, singing an upbeat remix of the Rocket Man’s classic, “Tiny Dancer.” “Hold Me Closer” has already jumped the charts to number one on iTunes in 18 countries and is earning buzz online.

Many Britney fans worried about what the pop icon’s return to the music industry would look like, but in an interview with The Guardian, John said they have nothing to fear. “Everyone was saying they don’t think she can sing anymore,” he said. “But I said, she was brilliant when she started so I think she can. And she did it, and I was so thrilled with what she did.”

“Hold Me Closer” producer Andrew Watt also spoke up about Spears’ return and said she was a powerhouse in the studio.

“She’s unbelievable at layering her voice and doubling, which is one of the hardest things to do,” Watt said. “She really pushed herself, vocally.

“Sometimes when you produce, the greatest thing in the world you can do is say nothing, so I just let her do her thing. She’s so good at knowing when she got the right take. She took complete control.”

Watts said she took control and worked on adding her ad-libs after listening to the track over and over.

“‘Tiny Dancer’ with her voice is special enough, but then she went through and did all these amazing runs.”

Spears broke free from her 13-year conservatorship last November, giving her complete control over her personal life and finances. Following the court’s decision, she married her longtime boyfriend Sam Asghari and went on a beautiful tropical honeymoon.

Though fans were excited to see Spears happy, they couldn’t help but wonder when she would start to put out more music. Initially, the “Toxic” singer said she planned to wait to return to music. But with John as a collaborator, she leaped back in.

“She’s been away so long. There’s a lot of fear there because she’s been betrayed so many times and she hasn’t really been in the public eye officially for so long,” he said. “We’ve been holding her hand through the whole process, reassuring her that everything’s gonna be alright.”

“I’m so excited to be able to do it with her because if it is a big hit, and I think it may be, it will give her so much more confidence than she’s got already and she will realize that people actually love her and care for her and want her to be happy,” he said. “That’s all anybody in their right mind would want after she went through such a traumatic time.”

Listen to Hold Me Closer below.