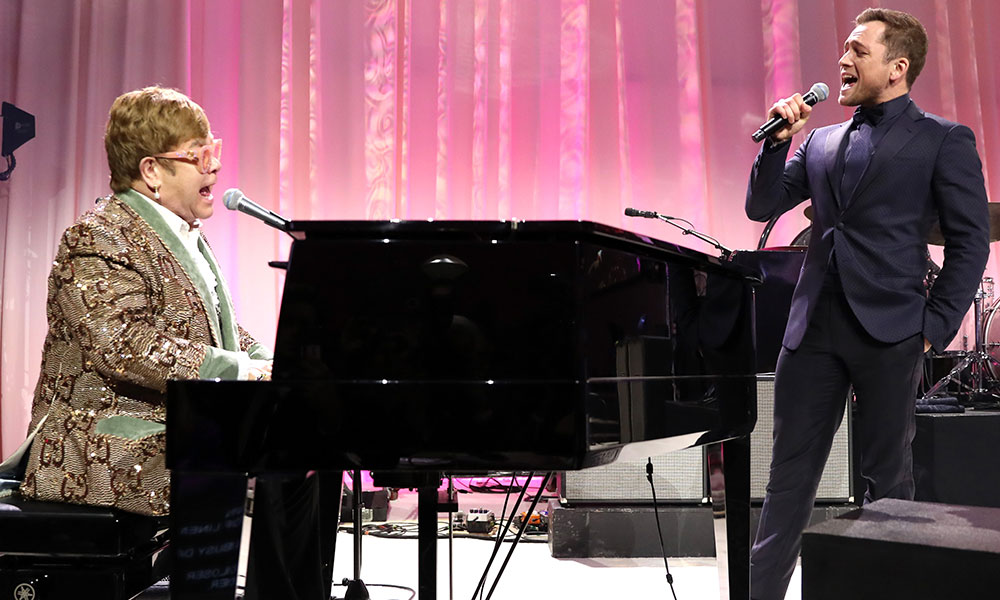 Sir Elton John and Taron Egerton performed a duet of “Tiny Dancer” and it was terrific.

Every year, pop legend Elton John hosts one of the most prestigious Oscars parties. At the event, John puts on a grand affair attended by A-list celebrities and entertainment industry giants. This year, attendees experienced a once-in-a-lifetime duet between John and actor Taron Egerton, who plays the star in upcoming biopic Rocketman. The duo performed John’s hit “Tiny Dancer.”

“It’s funny how life turns out it isn’t it,” said Egerton before performing the number.

Last March, John’s husband, David Furnish, said when he heard the film’s soundtrack “he was blown away, really blown away.” He added that John was impressed with the tracks and stated, “It can’t get any better for me.”

John continued, “I think it’s the challenge for the actor to embody the spirit and not get into thinking they have to do an impersonation.”