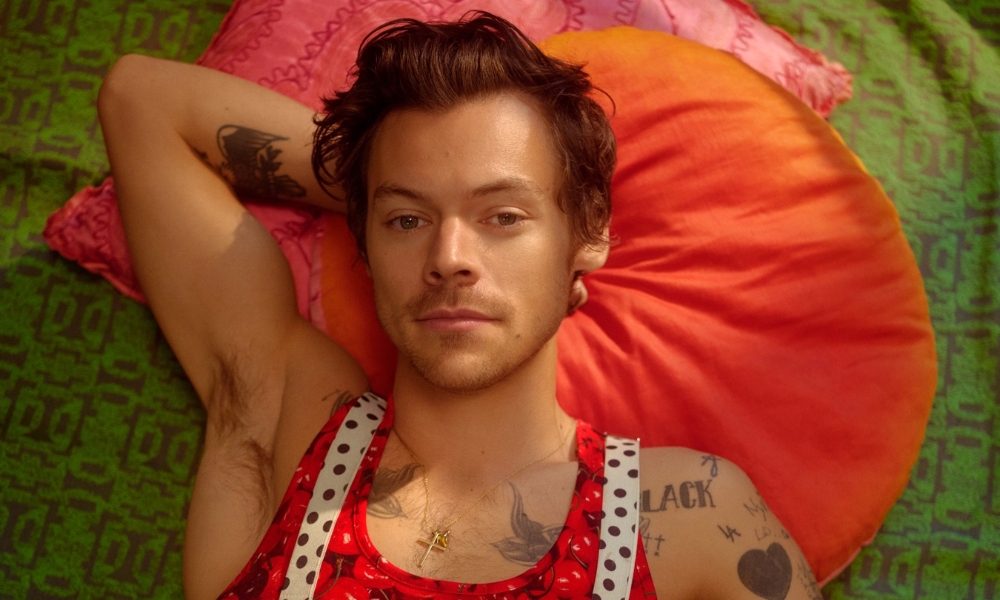 Rolling Stone has named Harry Styles the “world’s most wanted man” for the magazine’s latest edition, with the Grammy Award-winning singer as their cover star.

In the exclusive interview, Harry Styles talks all about creating his third solo studio album, “Harry’s House,” why he keeps his personal life so private, and the ongoing accusations that paint him as a celebrity who is notorious for queerbaiting.

Harry Styles Is a Private Person

It’s no secret that Styles likes his privacy. He only uses his Instagram or Twitter account to post about one of his recent concerts or an upcoming movie he’s starring in (there are two premiering this year in theaters). The internet can be a very dark place where anonymous users share their unfiltered opinions of his personal life without really knowing anything about it. All of the hate is known to take a toll on many celebrities, and Styles’ girlfriend, director Olivia Wilde, is the target of many hateful comments on Twitter.

“That obviously doesn’t make me feel good,” Styles told Rolling Stone. “It’s obviously a difficult feeling to feel like being close to me means you’re at the ransom of a corner of Twitter or something. I just wanted to sing. I didn’t want to get into it if I was going to hurt people like that.”

The unstoppable trolls are likely why the singer never speaks openly about his past/current relationships. But that doesn’t stop people from, once again, drawing their conclusions about his love life.

“Sometimes people say, ‘You’ve only publicly been with women,’ and I don’t think I’ve publicly been with anyone,” he said. “If someone takes a picture of you with someone, it doesn’t mean you’re choosing to have a public relationship or something.”

The Singer’s Response to Queerbaiting and Sexuality

Styles is known for wearing androgynous clothing and frolicking around on stage while waving a Pride flag or two. These actions have caused many questions about the singer’s sexuality. But when asked about it in interviews, Styles has no comment. He previously spoke with Better Homes & Gardens and said, “The whole point of where we should be heading, which is toward accepting everybody and being more open, is that it doesn’t matter, and it’s about not having to label everything, not having to clarify what boxes you’re checking.”

The Dunkirk actor also spoke about one of his upcoming films, an Amazon Studios adaptation of Bethan Robert’s intimate novel My Policeman.

“It’s not like, ‘This is a gay story about these guys being gay.’ It’s about love and about wasted time to me.”

My Policeman follows a love triangle between a policeman named Tom (Styles), a school teacher named Marion (Emma Corrin), and a museum curator named Patrick (David Dawson). The story flips between 1950s Britain, when LGBTQ+ relationships are still illegal, and where their lives are 40 years in the future.

Though Styles has warned everyone not to see the film with their parents due to mature content, he says the film goes deeper than just gay sex.

“So much of gay sex in film is two guys going at it, and it kind of removes the tenderness from it,” he said. “[It can be] tender and loving and sensitive.”

My Policeman will premiere at the Toronto National Film Festival next month before releasing to theaters on October 21.