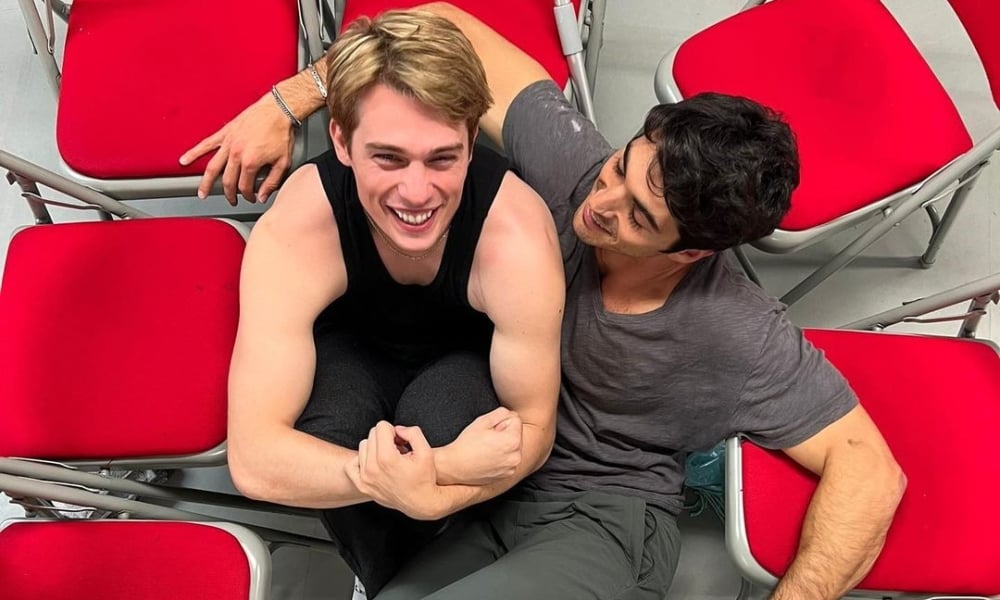 Red, White & Royal Blue is about to make history.

Related | Guillermo Comes Out in ‘What We Do in the Shadows’

Taylor Zakhar Perez (Alex) broke the news on his Instagram account. He wrote, “That’s a wrap on Red, White, and Royal Blue. I wish I could share more than this video, but I promise it’s worth the wait. Thank you to EVERYONE who worked to bring this world to life, OH WHAT A SUMMER!”

Costar Nicholas Galitzine (Henry) also posted about wrapping RWRB and confirmed our suspicions that the team is adamantly keeping the movie’s content a secret. Galitzine said, “I’m not allowed to show you anything in costume, so here’s a picture of me with some mates on my last day as Henry. So much love to everyone involved.”

RWRB Stars Settle the “Who is Bigger” Debate

Though we do not know the release date for the film, we finally know who is taller between Perez and Galitzine.

In case you missed it, the debate sparked when the actors announced filming for the project in June.

In your dreams, man.”

“Are we really doing this right now?”

“Does someone have a measuring tape?”

Casey McQuiston, the author of the novel, is here to answer the question once and for all. Who is bigger?