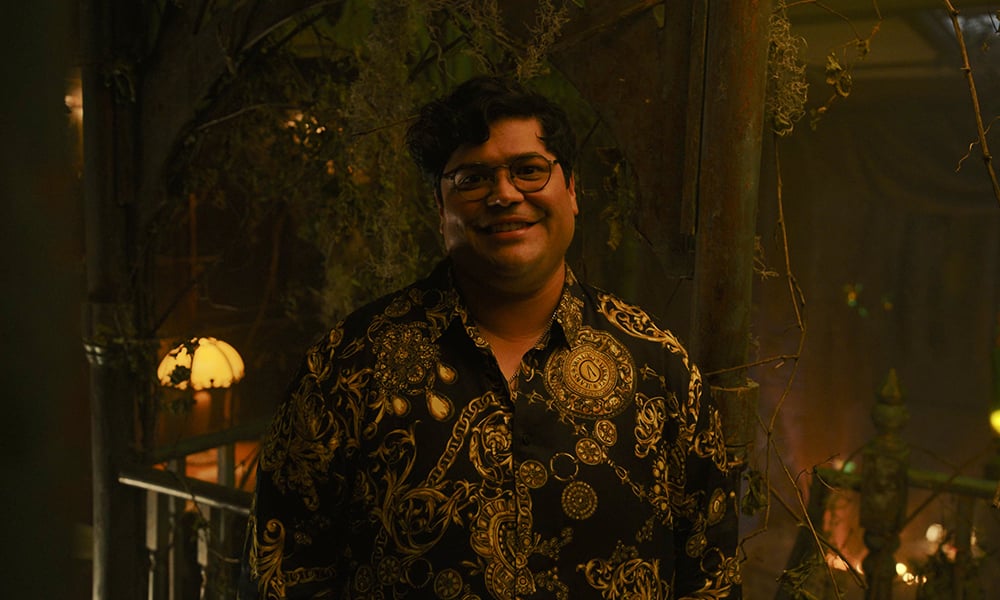 Guillermo Comes Out in ‘What We Do in the Shadows’

I don’t know about you, but my djinn wish just came true! If you’re anything like me you have been feverishly following Guillermo and Nandor’s will-they-won’t-they relationship for the last four seasons of What We Do in the Shadows. You’ve gripped the edge of your seat every time Guillermo came close to coming out. You’ve felt butterflies whenever Nandor exchanged a genuinely considerate remark to his devoted familiar. Some might say shipping this difunctional relationship is pathological, but my fellow ride-or-die Nandermos know what’s up. As you can imagine, it brings me great joy to say that Guillermo comes out in the show’s latest episode. We are one step closer to the realization of our OTP.

What is What We Do in the Shadows?

FX’s What We Do in the Shadows, or WWDITS for fans, is based on the feature film of the same name by Jemaine Clement and Taika Waititi. The show follows the antics of four vampires, Laszlo, Nadja, Colin Robinson, and Nandor and Nandor’s familiar Guillermo de la Cruz. Shot documentary style, WWDITS is comedy at its finest. The show deftly walks a line between playfulness and brilliance, ingenuity and timelessness. Kudos to the cast and creators for taking a classic as beloved as the movie and crafting it into something that both honors and builds upon the original.

When we meet Guillermo (Harvey Guillen) he is a timid, dutiful familiar dedicated to his vampire master, Nandor the Relentless (Kayvan Novak). Guillermo sleeps behind a curtain as a de facto butler to a house of thankless vampires. Nadja (Natasia Demetriou) and Laszlo (Matt Berry) show Guillermo the same disdain they show every human. Meanwhile, energy vampire Colin Robinson (Mark Proksch) just seems happy to be included.

Despite what seems like ambivalence on Nandor’s part, Guillermo is devoted. More than anything else, Guillermo is determined to become a vampire, and Nandor has no problem dangling that possibility over his familiar’s head. Eventually, we begin to sense there is something more to their relationship. As the series moves on, Nandor shares moments of genuine affection for his familiar, albeit brief moments. We also come close, on several occasions, to Guillermo coming out to his vampire family.

As close as we come to that moment in the past, it has taken us almost four full seasons to get there. This wasn’t the only secret Guillermo was keeping from his Mexican Catholic family. He was also born to a family of Van Helsing descendants, making him an avid vampire hunter. As you can imagine, Guillermo was at odds with himself. Hiding both his love of vampires and his queerness from his family became second nature. And so, Guillermo spun a web of lies around himself.

These lies take their toll on Guillermo in the latest episode. After a poignant move to protect Nadja, it becomes clear to Guillermo that his web of lies is falling apart. We recently sat down with Harvey on the PRIDE Podcast to talk about the moment Guillermo comes out and more. Follow the PRIDE Podcast to listen to the episode when it airs later this week.

So here we are. Guillermo is the gay, Mexican, plus-size, vampire-hunting, stake-wielding familiar I never knew I needed. In all seriousness, seeing Guillermo (and by extension, Harvey) set a new standard for fat, queer, femme men has been a life-changing experience for me. Now that he also does the voice for Nightwing on HBO Max’s Harley Quinn, it’s safe to say that Harvey is a hero in more ways than one. I can’t begin to describe how excited I am for his career.

Guillermo and Nandor, Sitting in a Tree

So, what does all of this mean for Guillermo and Nandor? Will Nandermos, like myself, ever get our moment? There is the potential issue of Guillermo’s current boyfriend to contend with, but let’s not get hung up on the minor details *nervous laugher*. Blowing right past that, it’s certainly possible. Perhaps it comes with living thousands of years, but most of the vampires in WWDITS appear to be firmly bisexual. Vampires—particularly Laszlo—are sexual beings, after all. Nandor the Relentless is no exception. Nandor has had sexual exploits with men during the course of the show, and it was revealed this season that Nandor had several husbands (what he calls man-wives) when he was human.

So we’ve got the proclivity, the chemistry, and the fandom on our side. All we need now is for the writers to invite us in.

Guillermo Comes Out in ‘What We Do in the Shadows’