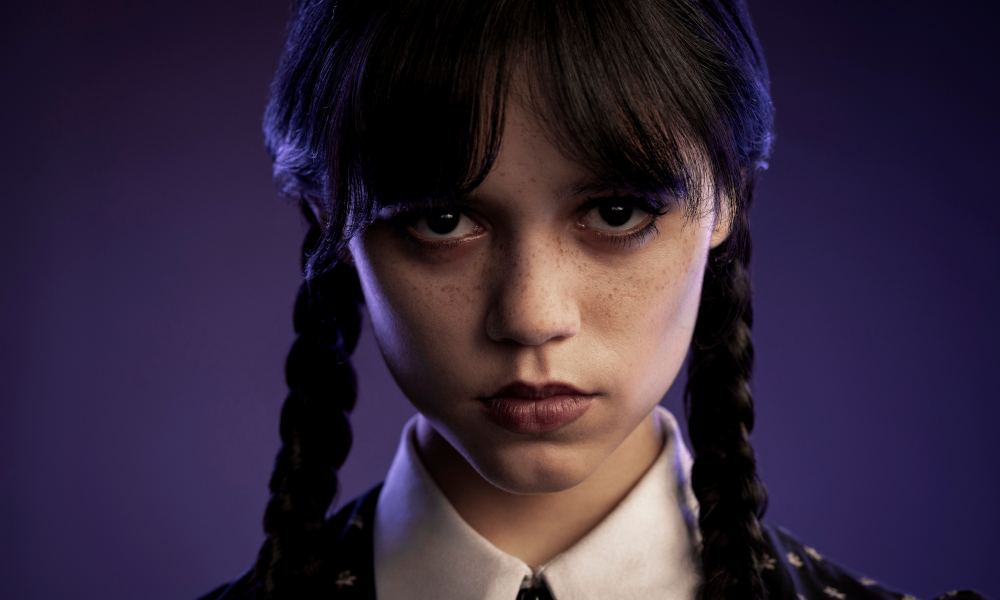 Just in time for the spooky season.

This fall, Netflix and Tim Burton are teaming up to release a reimaging of our favorite wicked clan, the Addams family. The series is titled Wednesday and follows Morticia and Gomez’s eldest daughter, who has a frightening obsession with death.

The new teaser introduces us to Wednesday, played by Scream actress Jenna Ortega, who is expelled from her previous school after she castrated her brother’s bully. She only released live piranhas into the school lap pool, it wasn’t that big of a deal, right?

Wednesday’s next school is Nevermore Academy, and despite the bright blue school uniforms, it’s a perfect fit for our apathetic troublemaker.

“Little did I know that I’d be stepping into a nightmare,” Wednesday says in the teaser. “Full of mystery, mayhem, and murder. I think I’m going to love it here.”

If the two-minute clip is anything to go by, this series will be terrifyingly gruesome.

Christina Ricci, who played Wednesday in the ’90s film series, will return in the new version as Marilyn Thornhill. The rest of the cast includes Luis Guzmán as Gomez, Catherine Zeta-Jones as Morticia, and Isaac Ordonez as Wednesday’s brother Pugsley.

Alfred Gough and Miles Millar are showrunners, while the infamous Tim Burton serves as an executive producer and director. Gandja Monteiro and James Marshall will also direct.

Wednesday will premiere on Netflix later this year. Watch the full teaser below.