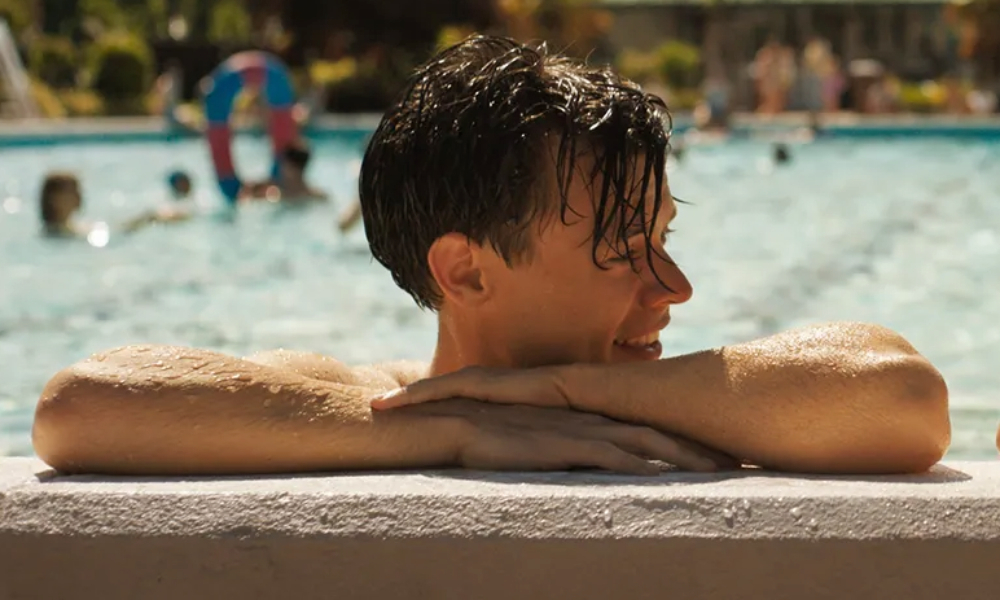 Styles will star alongside Emma Corrin and David Dawson in the saucy period drama coming to theaters this fall.

Grammy Award-winning singer/songwriter Harry Styles has not one but two movies coming later this year to theaters, and we have the scoop on Amazon Prime Video’s My Policeman.

The streamer released first-look images of Styles as Tom, a gay policeman in love with a handsome museum curator (David Dawson). The couple find themselves in a love triangle with a schoolteacher named Marion (Emma Corrin). 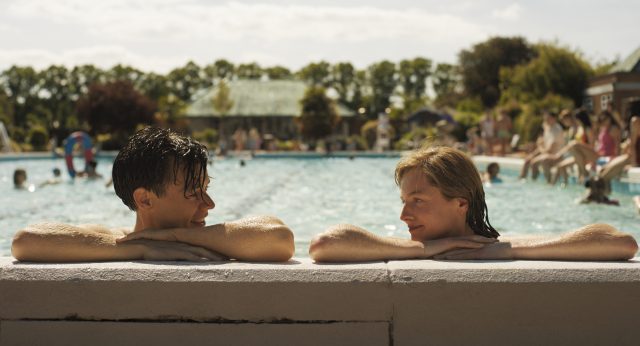 The film starts in 1950s Britain but will flash forward 40 years as the trio “are still reeling with longing and regret. However, they have one last chance to repair the damage of the past.” Based on the novel by Bethan Roberts, My Policeman is directed by Michael Grandage and produced by Greg Berlanti and Sarah Schechter.

It will premiere in theaters on October 21 before being released to Prime video on November 4. 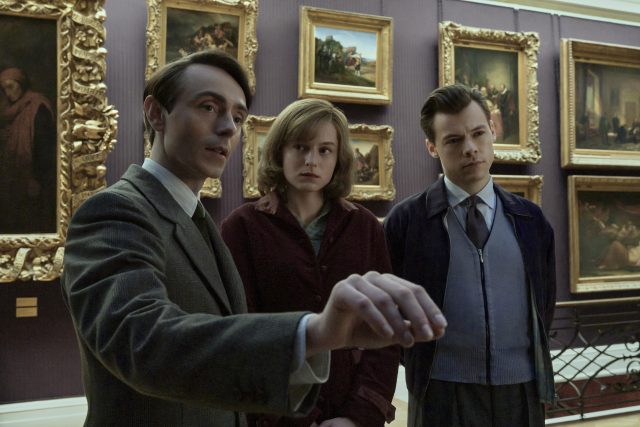 Styles on Sex and Sexuality

Styles is an avid ally of the LGBTQ+ community but has never felt the need to label his sexuality.

“The whole point of where we should be heading, which is toward accepting everybody and being more open, is that it doesn’t matter, and it’s about not having to label everything, not having to clarify what boxes you’re checking,” he told Better Homes & Gardens.

But, he has opened up about taking on the role of Tom and what went into filming the steamy gay sex scenes. Here’s another reminder that there is “bum bum” but no “peen” in the film.

As we said, My Policeman isn’t the only time we’ll get to adore Harry Styles this year. In addition to touring his new album, the “As it Was” singer is also starring alongside Florence Pugh in the psychological thriller Don’t Worry Darling. You can watch the official trailer for the film now and see it in theaters on September 23. We’ll bring the pop to the cinema.