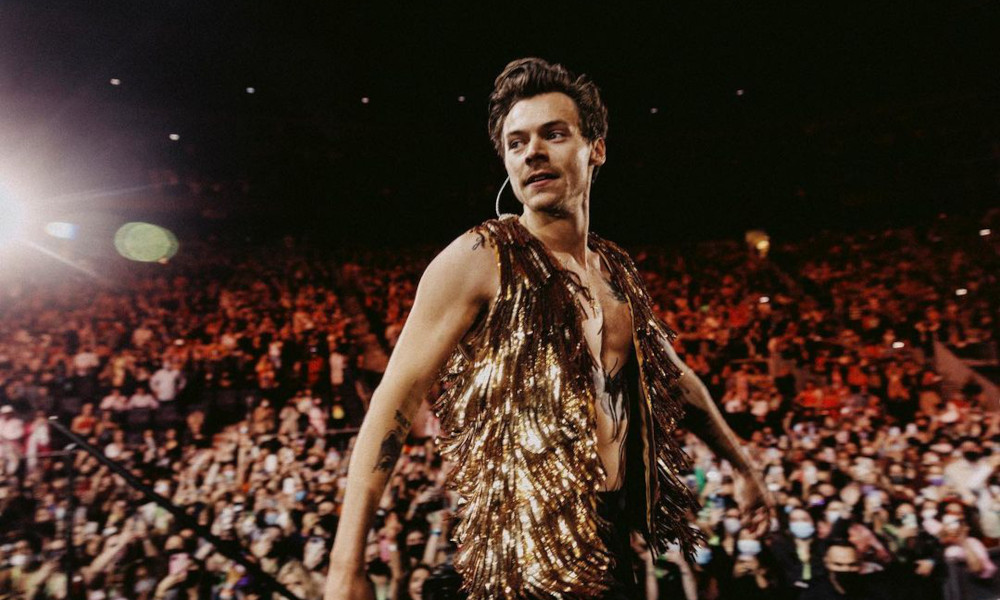 “To boyfriends everywhere, f*ck you.”

Harry Styles headlining night one of the Coachella Valley Music and Arts Festival in Indio, California was a night to remember.

Styles came out in a sparkly rainbow jumpsuit, akin to a young Elton John or Freddie Mercury, and started the night off right with his single “As It Was.” But the fun didn’t stop there. The singer also debuted two new songs from his upcoming album “Harry’s House” – “Late Night Talking” and “Boyfriends.”

“To boyfriends everywhere, f*ck you,” he whispered before he and his band stood at the front of the stage and performed an acoustic version of the song. Check out a few of the lyrics to “Boyfriends” below (and try not to sob like we did).

In true Harry Styles fashion, the “Adore You” singer danced around on stage, waved the pride and bisexual flags fans gave him, and then threw out a wild card. He brought out Shania Twain!

“In the car with my mother as a child, this lady taught me to sing,” Styles said of the Canadian singer. “She also taught me that men are trash.”

Twain and Styles then joined forces in matching sequins to perform “Man I Feel Like a Woman” and “You’re Still The One.”

So let’s do a quick recap. He wore a rainbow jumpsuit, waved Pride flags, brought out legendary musician Shania Twain, sang two NEW songs, and called out men TWICE. Styles did not come to the desert to play games.