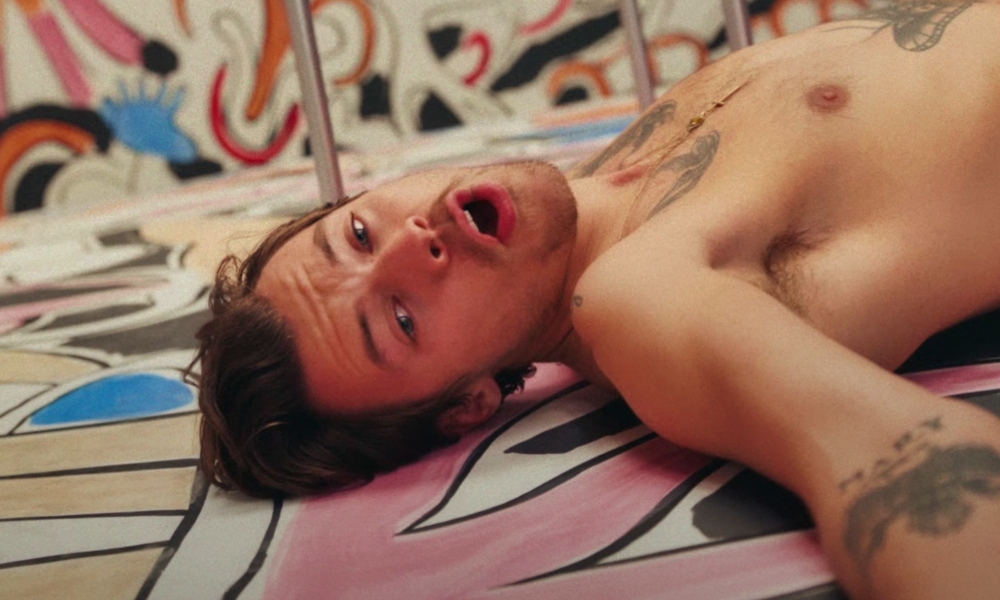 Harry Styles Strips Down in ‘As It Was’ Music Video

We love a man in red.

Twenty-eight-year-old actor and superstar Harry Styles shared his first music video in over a year on Thursday after announcing his upcoming album “Harry’s House,” due May 20.

The song is a rollercoaster of emotions alone as lyrics like “Nothin’ to say, when everything gets in the way, seems you cannot be replaced, and I’m the one who will stay,” are paired with a groovy dancefloor balled. Do we want to dance or cry? Yes.

Harry Styles’s “As It Was” Music Video

Now onto the video. Fans know they are in for a trip from the first line where a child’s voice says, “C’mon Harry we want to say goodnight to you.” (Fans are speculating the voice belongs to Harry’s goddaughter Ruby Winston).

The intro to #AsItWas is voiced by Harry’s goddaughter, Ruby Winston! 🥹

The singer first appears behind a glass door in a red coat and black scarf. He continues to wear different variations of red as he chases after a woman in blue. We would make a comment about how great Styles looks in red but is there anything the man can’t rock?

From there, the video goes in many creative directions from dancing on spinning floors, being pinned to a board, and stripping down on a floating pool structure. Yes, even Style’s boxers are red.

“In this world, it’s just us. You know it’s not the same as it was,’ says the chorus as Styles reaches for the woman’s hand. But he can’t hold onto her. In the end, he’s alone and embarks on a solo dance party before smiling and skipping off as the music ends.

Creating “As It Was”

“Directing a Harry Styles video was a bucket list dream come true for me as he’s my favorite performer,” Tanu said. “Shooting him was bittersweet as it was one of the happiest days, but on the second day of the shoot, my country Ukraine was invaded, so you can imagine the insane emotions we had while shooting. Me and my team from Ukraine poured so much love into this video, and you can see it on screen. It will be a music video I will never forget, and now I can happily retire.”

Styles announced the single days after he shared the release date of his third studio album, “Harry’s House.” The album will feature 12 other tracks.

On top of new music, Styles will be busy with live performances. In April, he hits the road to headline at the Coachella Valley Music and Arts Festival in Indio, California, before beginning his UK leg of his Love on Tour.

In the meantime, we’ll be here, watching Harry spin on his little microwave plate over and over again.

Harry Styles Strips Down in ‘As It Was’ Music Video