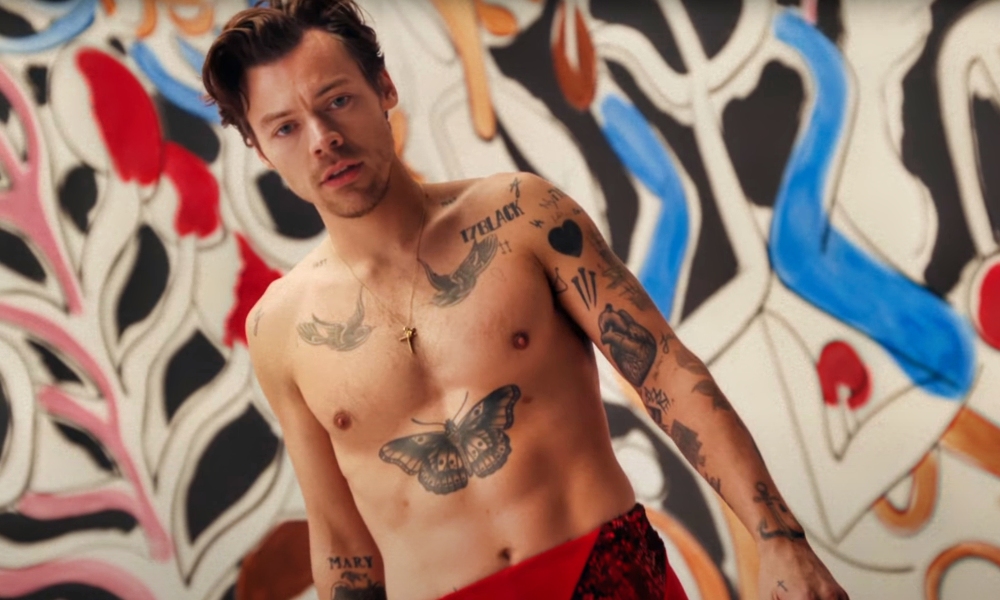 Harry Styles Talks Showing His ‘Bum Bum’ in ‘My Policeman’

Harry Styles told Howard Stern there won’t be any frontal nudity in his upcoming film.

The countdown is on for when Harry Styles’ latest acting project, My Policeman, will debut on Amazon Studios. Harries have never been the same after hearing that the film is NSFW and has several saucy sex scenes in it. However, we have to break the bad news: Styles won’t be completely nude in the film.

But not all hope is lost. While speaking to Howard Stern, the “As It Was” singer said there will be “bum bum” but “no peen.” Yes, that’s actually how he chose to describe it.

He also told Stern he had to “wear a gas mask” for his breathing as the makeup artists covered all of the singer’s many tattoos for his naked scenes.

Both My Policeman and Style’s other upcoming film, Olivia Wilde’s Don’t Worry Darling, have earned “R” ratings for sexual content. Don’t Worry Darling reportedly has an intense sex scene between Florence Pugh and Styles that focuses on female pleasure, while My Policeman will put the singer in multiple nude, gay sex scenes. Styles recently told Roman Kemp on the Capital Breakfast Show that neither film is safe to watch with your parents.

The 26-year-old superstar is on a roll as he prepares to release his third solo album, “Harry’s House” on May 20. Styles will be performing a special “One Night Only” concert in New York at the UBS Arena in Belmont Park.

Harry Styles Talks Showing His ‘Bum Bum’ in ‘My Policeman’