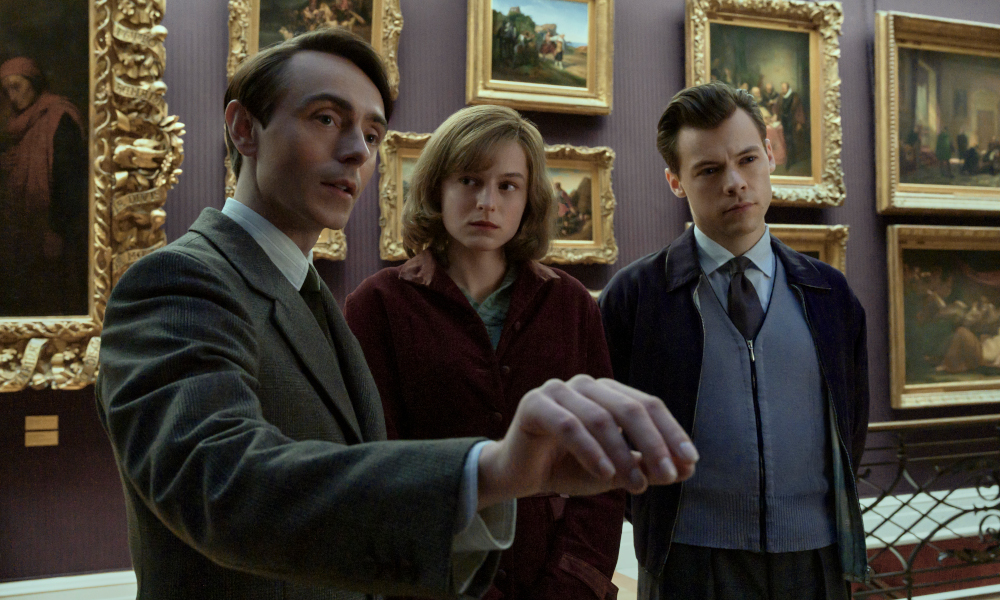 Related | Harry Styles Falls in Love in ‘My Policeman’ Trailer

My Policeman is an LGBTQ+ Love Story Set in the ’50s

This is Styles’ first leading role after Christopher Nolan’s Dunkirk and Marvel’s Eternals. He plays a young policeman named Tom alongside a teacher named Marion (Corrin) and Patrick, the museum curator (Dawson). Together they embark on an emotional journey in 1950s Britain. Flashing forward to the 1990s, Tom (Roache), Marion (McKee), and Patrick (Everett) are still reeling with longing and regret. However, they now have one last chance to repair the damage of the past.

“When your film shifts through time and across fluid boundaries of love and desire, you need a cast that can embody those nuances in every gesture,” said TIFF CEO Cameron Bailey. “Harry Styles, Emma Corrin, and David Dawson deliver beautiful, mirrored performances, with Linus Roache, Gina McKee, and Rupert Everett. We’re thrilled to honor the ensemble cast of My Policeman with the TIFF Tribute Award for Performance.”

This is the first time since its inception that the now gender-neutral TIFF Award has gone to an entire ensemble. The honor has gone to stars like Jessica Chastain, Benedict Cumberbatch, and Joaquin Phoenix, who went on to win Oscars for their performance. So it’s safe to say the critics have their eyes on the My Policeman cast.

Director Michael Grandage directs the Prime Video film with a screenplay by Oscar-nominated Ron Nyswaner. My Policeman will premiere at TIFF on September 8-18 before opening in theaters on October 21. The cast will receive their acting award at the in-person gala fundraiser at the Fairmont Royal York hotel.