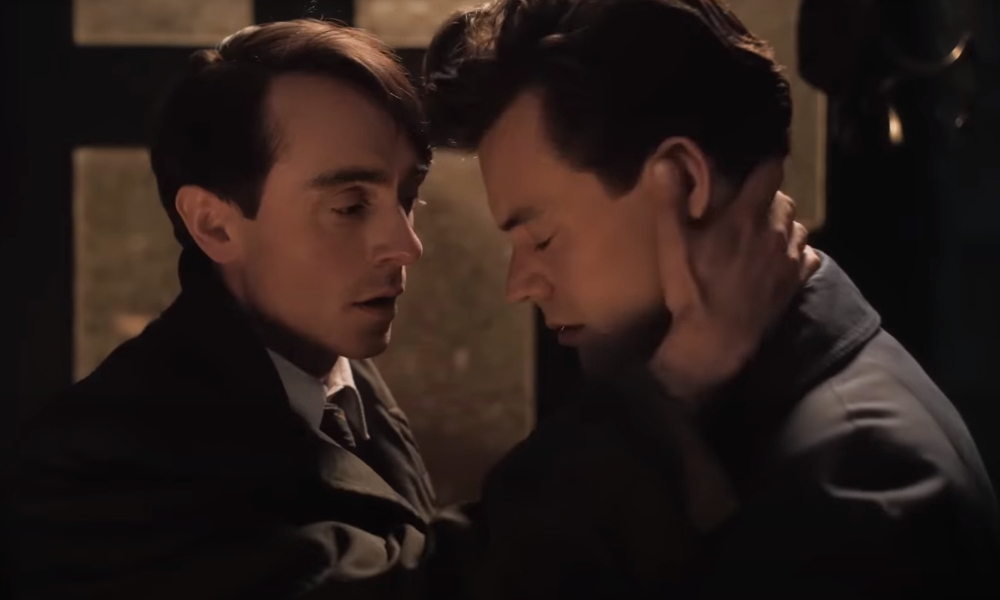 Harry Styles Falls in Love in ‘My Policeman’ Trailer

“You feel they could crush you. Or take you under. You just have to let it take hold of you.”

Harry Styles is in a complicated queer love triangle in Amazon Studios’ first trailer for My Policeman.

The studio dropped the trailer Wednesday, which shows a police officer named Tom (Styles) admiring a painting with a museum curator named Patrick (Dawson). When Patrick asks Tom what he thinks of the art, the video flashes of Tom’s life as he enters into a tricky relationship with Patrick and a school teacher named Marion (Corrin).

“You can sense the waves. You know how strong they are. Like swimming in rough surf,” Styles says in the trailer.

“You feel they could crush you. Or take you under. You just have to let it take hold of you,” Dawson answers. But we all know they’re not actually talking about the painting.

Styles Will Play a Bisexual Cop

My Policeman is a story about forbidden love, the harsh reality of societal restrictions, regret, and one’s fight to live freely. The story starts in 1950s Brighton when a young Tom falls in love with both Marion and Patrick. The trio then agrees to form a secret arrangement as queer relationships are against the law. However, we can see in the trailer how twisted this romance is about to get.

Fast-forward 40 years, Tom (Linus Roache), Patrick (Rupert Everett), and Marion (Gina McKee) are reunited and have a chance to right the wrongs and mend their broken hearts. But can they do it?

Michael Grandage is directing the steamy film adaptation of the novel by Bethan Roberts.

My Policeman will hit theaters on October 21 and premiere on Prime Video on November 4.

Harry Styles Falls in Love in ‘My Policeman’ Trailer