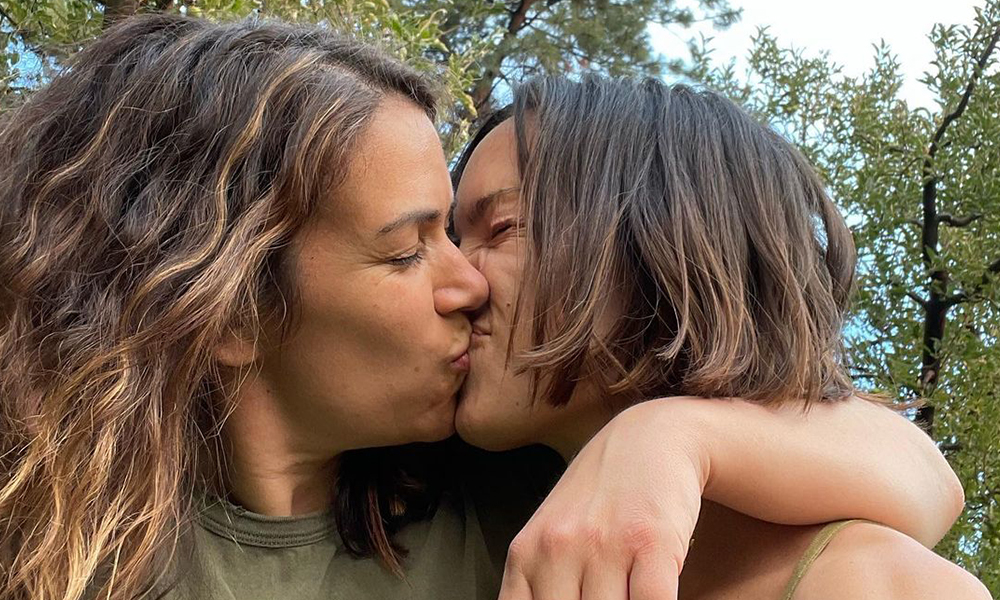 Congratulations to the happy couple!

Almost a year ago, Abbi and Jodi took to Instagram to celebrate 365 days together. The anniversary posts also served as public announcements of their year-long relationship. Both photos beautifully captured a couple deeply in love. Now, just over 9 months later, the couple is celebrating once more. Late last week the couple officially announced their engagement on the red carpet.

Jacobson has a lot to celebrate in fact. The Broad City star walked the red carpet to celebrate her new show. A League of Their Own is an adaptation of the 1992 film of the same name and stars the likes of Chanté Adams, D’Arcy Carden, and Nick Offerman. Jacobson and Balfour attended Cinespia’s 30th-anniversary screening of the original film, hand-in-hand wearing red and pink.

Jacobson chimed in playfully, saying “No, you have not. You have not had to hide it,” as she blushed. “That was not a thing. It was not a secret.”

Related | Check Out These Two Queer Films Coming to Amazon

A League of Their Own

Secret or no secret, we are overjoyed for the beautiful couple and can’t wait to see what’s next for them. In the meantime, let’s take this opportunity to encourage everyone to check out A League of Their Own, which debuts on Prime Video on August 12. The show promises to deliver, featuring a prominent queer romance and a stellar cast.

Check out the trailer for A League of Their Own below.