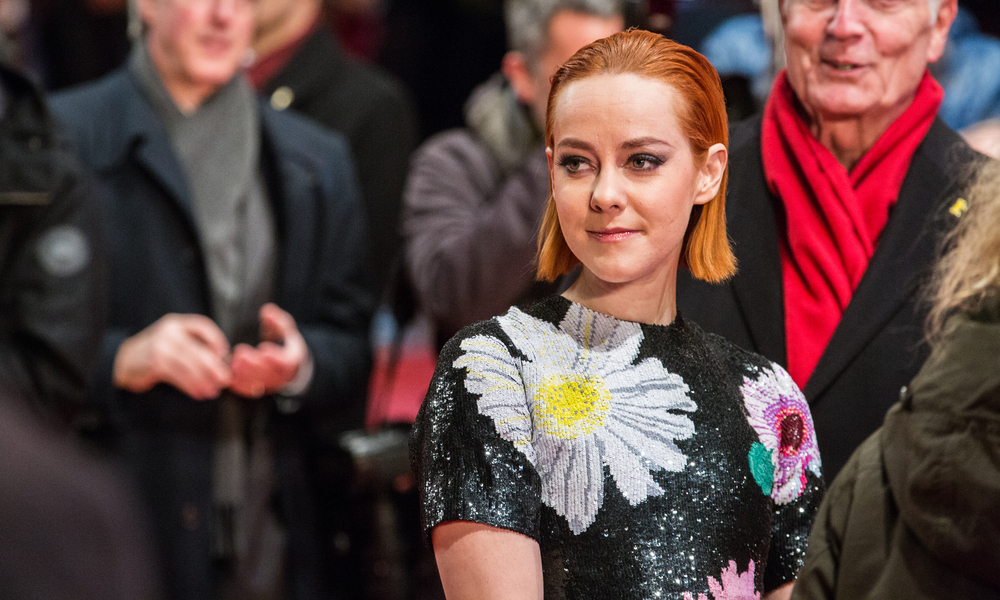 Jena Malone Comes Out as Pansexual

“I’ve been thinking about it for a while. The sexual journey is so beautiful.”

Actress Jena Malone recently opened up about her pansexuality and said she loves getting to know herself better.

“I feel like I’m a little bit late to the game in being able to have less shame,” she told The Hollywood Reporter. “I’ve been loving the process of learning more about myself and others through different terms that open windows, those windows then turns into doors and then I arrive at a place to find all this cool stuff out there.”

Malone has been acting since she was 11 and is best known for her role in The Hunger Games franchise as Johanna Mason. She first spoke about her identity on Instagram where she posted a video of herself doing an interpretive dance in her kitchen. She wrote, “I guess It felt like I was a heterosexual man in a woman’s body. I visualized his desires and placed them on to me. But this was never the whole of the story that was meant for me.

“So I’ve been learning a new way to tell it. Using words to guide me not define me. That my sexual identity has more to teach and to tell me. Finding words that feel more right to explore in my telling. Pansexuality. Sapiosexuality. Polyamory. A fuller spectrum of understanding that my story is demanding of me. And I’m honoring it today with this soft and sleepy little stretch of a dance. I love humans. So there’s that.”

Though many celebrities have questioned the need for coming out posts and formally announcing one’s identity to the world, Malone said her experience “felt so nice.”

“It’s a part of humanity now to have all these ceremonies of exclamation around coming out and renouncing [an identity] and celebrating that space for yourself. It’s a really sweet, human experience. I love getting to learn more about myself no matter the age or my experience.”

The actress also commented on the immense support she feels from her family. Her sibling, who uses they/them pronouns, commented on Malone’s post and said, “so proud of you. Looks like we’re a whole family of queers huh?”

“I have a really supportive family and they’ve been that way for whatever, however or whoever I am or what I bring to the table,” Malone told THR. “It’s all exciting and wonderful and perfectly great. But yeah, my sister is queer and I grew up with two moms who were lovers and then they split. My mom sort of became hetero again, mostly through an understanding of Christianity. And then my god mom married her partner of 17 years now. So, I have three moms and my dad who has been a hetero man all his life. I have the whole spectrum. It’s nice to be able to have these different types of conversations with everyone. I feel really blessed to have an accepting family.”

The 37-year-old actress has a child with photographer Ethan DeLorenzo and is currently in a relationship with musician Alex Ebert. She also spoke with THR about her latest release, Adopting Audrey, and her upcoming role in Zack Snyder’s space opera, Rebel Moon. Read the full interview with Jena Malone here.

Jena Malone Comes Out as Pansexual